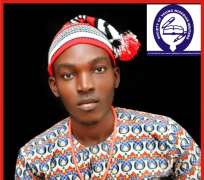 Izunna Okafor, a multiple award winning author, is the National Secretary of the Society of Young Nigerian Writers (SYNW) and the Anambra Coordinator which organizes the annual Day Celebration. In this interview with Iwindoyin Opelegbemi, the literary enthusiast speaks on the forthcoming edition of the celebration of the literary exploits of the late Prof. Chinua Achebe, Igbo Culture, as well as promotion of his works after his demise. Excerpts:

1. This year’s edition of the Chinua Achebe Day will be coming up this Friday, how prepared are you now for the event?

Ehm, I can say we are getting ready. I and my team have been working harder to put things in order. You know the event is multi-facet. It involves several things, which include: lectures in memory of Achebe, dramatizing of Achebe’s selected books, recitation/­presentation of poems and other literary works written in the memory of Achebe, essay writing competition based on Achebe’s works and life (for all participating secondary schools), open microphone, spoken word poetry, unveiling and launching of the third Achebe Poetry/Essay Anthology, dancing, entertainment among other literary packages slated for the day. So in planning each of these activities, I can say we have recorded a gargantuan measure of success. Our guests speakers, the students and our participants have already been served with reminders. We have received free copies of books donated by some young writers in Anambra State, to be distributed to students that day at the event. So we are moving forward and getting ready for that day, despite the financial constraints, which attempt to impede the preparation. Surely, we are getting ready, and we believe it will all end in praises.

2. The forthcoming event will be the 3rd edition, have you been able to achieve your objectives of coming up with the Chinua Achebe Day in the last 3 years?

Thank you for the question. We have several defined objectives we intend to achieve through this event, but there are basically six that are cynosural. They are:

1. To remember, honour and celebrate the great literary crackerjack -- Achebe (who made us proud, died since March 21st March 2013, and seems to have been forgotten just like a fow, with no single monument in his name).

2. To annually produce and publish potry/essay anthology in memory of Late Prof. Chinua Achebe, through calling for and securing of quality poems/essays from writers across the world. All written in memory of Achebe.

3. To use Achebe’s life and personality as ideal, to raise new amazing writers of our own present time.

4. To promote, encourage and reward creative writing and reading culture among our youths and students.

5. To discover and harness the hidden amazing talents among our young ones, in the creative field.

6. To present writers and readers (intellectuals) as the elixirs to the country's ailments, and so on.

Looking at all these, I can say we have drawn near to some, some have been achieved, while some are in fact, continual in nature. We have been celebrating Achebe since 2016, we have published two anthologies in his memory, and the third one will be unveiled in this third edition of the event coming up on 16th November, and so many other achievements that have been recorded. We also hope that in no distant time, with the dust raised by this event, a gigantic structure or more will also sprout, apologizing for coming late, and introducing itself to the entire world as having been sent on a mission to immortalize Achebe.

3. How will you access the promotion of Achebe’s books through the Chinua Achebe event?

Achebe’s works generally as a writer have referentially been a talk of the moment in each edition of this literary festival, especially with respect to what is currently obtainable in our country today. That was why I said earlier that we one of our pursuits in this event is to present writers and readers (intellectuals) as the elixirs to the country's ailments. So through the event, we have not only been promoting Achebe, his works have also been a focus of attention.

4. Apart from the event, in what other ways have you been promoting Chinua Achebe?

As a forum that unites young writers, we do have monthly reading, and Achebe’s works and writing style have also been the most used standard in each of our analysis. Aside these, we have also been in the forefront on the call to immortalize Achebe. In fact, I can say that we are Achebe’s apologists in all ramifications, even outside the literary bracket.