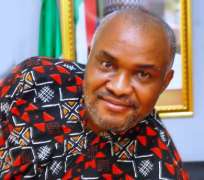 For a week, yours faithfully traversed the entire South Eastern states of Nigeria during a private visit to my Countryside.

South East of Nigeria is home to Igbo Nigeria’s strategic member of the national tripod just as others are Yoruba and Hausa.

During my visit to my home, yours faithfully came face to face with systematic neglect of national infrastructures of roads. It is no longer news that of the entire Country, South East suffers from serious infrastructure deficits. There are a thousand and one causative factors for this deteriorated state of infrastructures particularly with those services and infrastructures that should of necessity be built by the national government. One of the most disturbing causes is systemic failure of the central government to rebuild the devastated assets belonging to both the individuals and the Eastern region soon after the thirty months fratricidal civil war. The next most important cause is corruption on the part of the political representatives of the South East to vigorously canvass and deliver quality projects for their people over the years. This state of dysfunctionality is noticed majorly on the roads infrastructure.

The expansive two lanes of the usually boisterous and very busy road has become a shadow of itself following the total collapse of one of the lanes.

I observed regrettably that all the vehicular movements flowing in from all parts of Nigeria heading towards Abia from Enugu, Imo, Ebonyi and Rivers state are now forced to rely on the only lane that has yet to collapse totally.

To understand the enormity of the rot and consequential dysfunctionality, a traveller only needs to get to Lokpanta in Abia state whereby the northern population of cow sellers live to witness the epochal decay of the road infrastructure coupled with the stinking environment made up of decrepit structures and wooden huts whereby hundreds of Nigerian citizens of Northern extraction live and transact their daily businesses with most of them selling foods stuffs and other edibles along the only portion of the lane that hundreds of vehicles ply on daily basis. Lokpanta along the Enugu/Okigwe federal Highway is not only an eyesore but is an epidemic waiting to implode.

To make matters worst, on reaching Lokpanta in Abia state, on Friday last week, yours faithfully noticed the ubiquitous presence of heavy duty trucks from such big companies like Dangote cements and many big trailers ferrying petroleum products which were deliberately but strategically parked at the middle of the only functional lane out of the two lanes of that Enugu – Okigwe Federal Highway. Again the hundreds of vehicles plying that road go through untold pains just to go part that particularly dangerously and unhealthy spots.

As if the decay you noticed about strategic national road infrastructure in the South East is limited to the Enugu – Okigwe highway, the moment you veer off the highway from Okigwe and you drive towards Owerri, what confronts your sights is perhaps the most criminally neglected national road infrastructure of all times. I have never seen such criminality on the part of government targeting the ordinary populace who are deliberately subjected to traumatic experiences just to commute through that Okigwe to Owerri highway.

That extremely narrow one lane Federal Highway leading from Okigwe to the Imo state capital has all but collapsed making movement from Okigwe to Owerri a spectacle in hazardous travel. I have never in my entire life seen such a scenario whereby the central government sets traps with bad roads just to reduce the population of a region. This is the only possible explanation for such high level of wickedness and meanness on the part of the Federal and Imo state authorities towards the people.

This is because a traveller is then compelled to meander through Umuna junction and go through the ordeals of using the small state built road through Isiala Mbano before finding your way back to the only portion of the Okigwe – Owerri Federal Highway that is yet to collapse around Akabo town before making it to Owerri but not without swimming through several flooded areas on that same road which has been eaten up thereby forcing commuters to swim through the muddy and dirty accumulated flood water. The general picture that steers you, in the face is that you are in a war torn territory.

Perhaps, what may give you the impression that the inhabitants of most states in the South East are populations under police siege are the ubiquitous presence of gun wielding and poorly dressed police operatives in every fifty meter space in almost all the roads.

In Imo state and especially around Okwele, in Onuimo local government area, we came face to face with some badly behaved police operatives who were busy and openly demanding and receiving small bribes from all the road users and most especially those vehicles conveying foodstuffs.

Then coming from Aba to Owerri is another hard time with these bribe guzzling armed security forces. The immediate consequences of these kinds of criminal extortions by the police is the skyrocketing of cost of living generally in the South East.

Commercial drivers who are extorted daily simply transfer the financial burdens to passengers.

Business people who go to rural areas and neglected local government areas in the south East to buy freshly produced farm products are therefore forced to pay huge logistical cost which are simply transferred to the end users who are impoverished.

Unfortunately, the local government officials are not competent enough to ensure that such criminal activities of the police operatives do not happen in their areas of jurisdiction.

The local government areas are shadows of what a dynamic and vibrant grassroots administration should be.

The observation made by the former Nigerian president Chief Olusegun Obasanjo on the issue of lack of local council autonomy is factual.

But for eight years that he served as president, he failed to deliver local council autonomy. His failure cannot invalidate the accuracy of his postulation in any way.

My nearly one week tour of the South East of Nigeria revealed the factuality of this top level accusation against state governors vis-a-vis the broad daylight robbery of funds meant for the development of local council areas.

Former President Obasanjo said the theft by governors of council fund has rendered the Local government areas incapable of performing even the basic functions for their people.

He said that this was why the governors have remained antagonistic to the agitation for Local Government (LG) autonomy.

Obasanjo stated this when members of a Non-Governmental Organization, Friends of Democracy, FoD, visited him at his new residence within the Olusegun Obasanjo Presidential Library (OOPL), Abeokuta, the state capital.

The groups were at the home of the ex-President to seek his support for the Local Government Autonomy Bill which had been passed by the National Assembly.

The bill still requires the approval of not less than 24 State Houses of Assembly to sail through successfully.

“When in 1976, we brought in Local Government Reforms, it was meant to be a third tier of the government and not meant to be subjected to the whims and caprices of any other government.

“Just the same way that the state government is autonomous from the Federal Government.

“They have virtually stolen the Local Governments’ money in what they called Joint Account. They were to contribute 10 percent but they never contributed anything.

“So, what we have across the country are Local Government Areas that have functions, but cannot perform the functions.

“They have staff but most of them cannot pay the staff, and we keep getting excuses upon excuses.

“And I see no reason if the Federal Government allows the states to enjoy their autonomy except in the case of state of emergency.

“The Bill passed by the National Assembly which requires 24 State Houses of Assembly and like I am told only 9 States have signed it.

“I am proud of those states because they are what you will call progressive states that really believe in democracy.

“My own state (Ogun) is one of them. I will say kudos to Ogun State. In the South-South, only Bayelsa and Cross River States have signed it.

“But we must say those state executives and the legislatures that have prevented the bill from being passed, they must be taken as the enemy of the people and they should be treated as such.

The above position is so true when you travel round most parts of the South East of Nigeria as I did and what you see are gun wielding police operatives who operate freely and are engaged in all sorts of criminalities. These criminal activities of the police escalates the cost of living in the South East even when you link those evils up with the views of experts regarding factors that affect cost of living. Speaking about cost of food which is the significant commercial activities of substantial percentage of rural people who are farmers, there are five factors that affect the cost.

Secondly, like weather, factors such as pest damage and disease can destroy a crop or affect livestock production.

Importantly, the third key factor is transportation because when the price of oil and gas are higher, it costs more to transport food through the steps from farm to plate (e.g. to processing facility, to the store). This can impact the price of food. But what these experts never anticipated could shoot up cost of transportation of persons, goods and services are the open criminal tendencies of forcing road users on gun points by the armed security forces to pay bribe from one point to the next. The South East of Nigeria is witnessing a prolonged social epidemic of police extortion and harassment of road users even within manor city centers.

Again, the bribe seeking police also creates a high cost of labour because those who provide the different kinds of services that commute daily to and from their places of work are subjected to daily doses of extortion and harassment by the armed police. Again, it is factual that agri-food system requires a lot of people to make it work (farmers, packers, processors, retailers, etc.). Many job opportunities exist in this system. If the cost of labour goes up (e.g. minimum wage is increased) food prices may increase. Other causes as i had mentioned earlier is the collapse of the local government administration and this is more severe in the South East of Nigeria.

According to the bureau, most Nigerians believe that if the government can tackle the high rate of joblessness across the country, the other problems will be significantly reduced.

Presenting key findings from the National Corruption Survey, entitled: ‘Corruption in Nigeria’, which was conducted by the bureau in conjunction with other agencies of government, at a corruption summit organized by Youth Alive Foundation in Abuja few weeks back the Director, Real Sector and Household Statistics, NBS, Isiaka Olanrewaju, stated that surprisingly, corruption did not emerge as the country’s major problem.

He said after the bureau conducted a survey on the percentage of Nigeria’s population who considered selected issues that were the most important problems affecting the country, it was discovered that unemployment was number one.

Olanrewaju noted, “Apart from talking about the issue of bribery and corruption, we also had peoples’ opinion on what they think is the major problem in Nigeria. And when we arranged them in order of mention, unemployment emerged as number one.

“This is followed by high cost of living, and corruption came third.”

Leaders and stakeholders from the South East of Nigeria must focus on resolving these issues even as the central government must call the grossly unprofessional police operatives to order before a social upheavals are caused by these suffocating and oppressive criminal tendencies. Enough is enough.