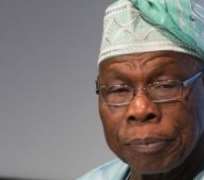 Former President Olusegun Obasanjo has said some state governments in the country are using joint account to incapacitate and steal local governments' funds.

The former President spoke on Monday while playing host to  members of a Non-Governmental Organisation, Friends of Democracy, at his residence inside the Olusegun Obasanjo Presidential Library, Oke-Mosan, Abeokuta.

The group had sought the former President's support for the Local Government Autonomy Bill which had been passed by the National Assembly but still requires the nod of not less than 24 state Houses of Assembly.

According to Obasanjo, the local government reform carried out in 1976 was meant to make  the councils as third tier of government and not an appendage of either of the two tiers of government.

He expressed regret that state governments, which he said were autonomous, had been opposed to the agitation for LGs autonomy.

Obasanjo lamented that the present situation in many local governments in the country was so pathetic that “they can no longer perform their functions particularly  payment of their workers' salaries.”

He wondered  why  the Federal Government continue to allow the states to enjoy their autonomy except during  emergency situation.

Obasanjo, however, asked the leadership of the Nigeria Labour Congress, and the Nigerian Union of Local Government Employees to demand LG autonomy in the interest of the people at the grassroots.

“So, what we have across the country are Local Government Areas that have functions, but cannot perform the functions. They have staff but most of them cannot pay the staff, and we keep getting excuses upon excuses.

“And I see no reason if the Federal Government allows the states to enjoy their autonomy except in the case of state of emergency.”

While speaking on the failed attempt to grant autonomy to the councils, Obasanjo said, “The Bill passed by the National Assembly which requires 24 state Houses of Assembly and like I am told only nine states have signed it.

“I am proud of those states because they are what you will call progressive states that really believe in democracy.

“But we must say those state executives and the legislatures that have prevented the bill from being passed, they must be taken as the enemy of the people and they should be treated as such. Because if you enjoy autonomy from the Federal Government why don't you want local government to enjoy autonomy?