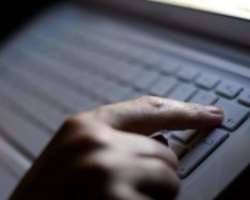 Dozens of American spies were killed in Iran and China after a flawed communications service that allowed foreign foes to see what the agents were up to using Google, official sources have claimed.

Between 2009 and 2013 the US Central Intelligence Agency suffered a “catastrophic” secret communications failure in a website used by officers and their field agents around the world to speak to each other,  according to a report in Yahoo News , which heard from 11 former intelligence and government officials about the previously unreported disaster.

“We're still dealing with the fallout,” said one former national security official. “Dozens of people around the world were killed because of this.”

The internet-based communications platform was first used in the Middle East to communicate with soldiers in war zones and had not been intended for widespread use but due to its ease of use and efficacy, it was adopted by agents despite its lack of sophistication, the sources claimed.

Cracks only began to show when Iran, angered that the government under Barack Obama had discovered a secret Iranian nuclear weapon factory, went out with a fine tooth comb to find moles.

It discovered the existence of one of the websites used by US agents using Google. US officials believe that Iranian spies were able to use Google as a search tool to find secret CIA websites, unbeknown to those using them.

By 2011, Iran had infiltrated the CIA spy network and in May it announced that they had broken up a 30-strong ring of American spies.

Some informants were executed and others imprisoned as a result, the sources claimed.

This was corroborated by a report on ABC news at the time, which referred to a compromised communications system after a tip off from the CIA.

Meanwhile in China 30 agents working for the US were executed by the government after compromising the spy network using a similar means. Beijing had managed to break into a second temporary communications system,  splintered from the initial platform and were able to see every single agent the CIA had placed in the country, the sources told Yahoo.

The sources said that it the general consensus was that that Iran and China had traded technical information with each other to form a two-pronged attack.

A CIA agent in Russia who was warned about the attacks were able to change communication channels before anyone was uncovered.

The government had already been warned about the hackability of the system by a defence contractor named John Reidy, whose job it was to hire human sources for the CIA in Iran. He alerted authorities in 2008. His official statement claimed that 70 percent of operations at the time may have been compromised already and that any agents using versions of the system were in danger. “The design and maintenance of the system is flawed,” he said.

Mr Reidy was later fired for “conflicts of interests”. According to Yahoo's report, there is anger among the intelligence community that there has been no accountability for the failure, despite being discussed in a secret hearing at the House and Senate Intelligence committee. One former official claiming that “our biggest insider threat is our own institution”