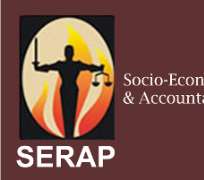 The manual was presented by journalist and human rights activist Richard Akinnola at an interactive session for investigative journalists from across Nigeria which held at the CITIHEIGHT Hotel, Lagos.

According to Akinnola, “The public has a right of access to information which is a public concern and of which the public ought to know. The newspapers, TV and radio stations are the agent, so to speak of the public to collect the information and to tell the public of it. In support of the right of access, they should not in general be compelled to disclose their source of information. Neither by means of discovery by trial nor by questions or cross-examination at the trial nor by subpoena.”

The manual published with the support of the National Endowment for Democracy (NED) read in part: “Painstaking research and patience are the dual hallmarks of an investigative journalist. Fortunately, google is everybody’s friend. You need to check and double check whatever your sources are giving you. Anyone who walks to you to give you documents incriminating someone has a purpose or agenda, and it may not be altruistic. He may want to even scores with someone and in that process, may procure fake and questionable documents that might appear real and if you don’t double check and meticulous, you may be court in the wen of a libel action after publication.”

“The honey pot of any investigative journalist is his/her sources. A journalist has to develop and cultivate sources and this takes time because confidence-building is very crucial. A source must be able to trust you, hence the issue of confidentiality of what your source gives or tells you. The Code of Ethics for Nigerian journalists, known as the 1998 Ilorin Declaration states inter alia: A journalist should observe the universally accepted principle of confidentiality and should not disclose the source of information obtained in confidence”.

“A strong cardinal principle of journalism which a trainee reporter first learns in school, is the protection of the source of his information. Like medical and legal practitioners owe it a duty to protect the confidentiality of their patients and clients respectively, the journalists too owes it a duty not to disclose his source of information under any circumstance.”

“Investigative journalists, particularly those digging into corruption stories, are susceptible to life-threatening situation.”

“With this, he/she would be able to get a first-hand information in respect of the company. But it must be noted that he/she MUST not go the scene of investigation with his work ID card or complimentary card. He also needs some working tools like spy cameras that could be in the form of pens, ATM card, ties, eye glasses, key holders.”

“The secret recordings are later downloaded into a computer. Examples are the sting operations by some British journalists to expose corruption in FIFA by way of match fixings. Another example is the popular Ghanaian undercover journalist, Anas Aremeyaw Anas who exposed corruption in the Ghanaian judiciary, leading to the sack of over 22 judges Ghanaian judges who were caught in the web of the corruption scandal.”

“The signing of the Freedom of Information Bill into law by President Goodluck Jonathan on May 28, 2011 has opened a new vista in our quest for openness and accountability in governance. The FOI Act affords any person the right to access or request for information from public officials, Agencies and Institutions.”

“A free world demands that the media act to strengthen democracy and institutional bodies. Good governance and accountability thrive on access to information, not just by journalists alone, but by the average Nigerian. Indeed, the right of a people to have access to officially-held information and comment on the affairs of state and conduct of government is an intrinsic part of democracy, which demands accountability of rulers and public officials to the citizenry.”

“There have been calls for the FOI Act to be domesticated by the various States for it to have effect in those States. Some states like Ekiti for example, have even gone ahead to domesticate it. While this is laudable and it would further strengthen the law, it needs be pointed out that domestication of the law is not necessary for it to have effect in the states. As a matter of fact, there have been a couple of court decisions in this regard. So, an investigative journalist should not be hamstrung if certain state government officials try to frustrate them by claiming that the law has not been domesticated in their respective States.”

“As a matter of fact, in its decision on March 27, 2018, the Court of Appeal, sitting in Akure, in the case ofMartins Alo v. Speaker, Ondo State House of Assembly and Auditor-General of Ondo State, held that all states are bound to accede to requests for information on public expenditure under the FOIA.”

“This was a case in which the applicant/appellant, a journalist sought for information on the audited accounts of the House of Assembly between 2012 and 2014. He was denied. He filed an action at the State High court which ruled that the applicant had no right to demand how the House spent its money, under the premise that the FOIA did not cover all States, except the States that domesticated it. But the court of Appeal laid this to rest. Having said that, it is obvious that notwithstanding its non-domestication, all states are under a legal obligation to subject themselves to the law. “

“Corruption is not just when someone in public office in engaged in financial malfeasance. It encompasses abuse of office and public morality.”