NNPC, oil companies yet to remit more than $23 billion to Federation Account - NEITI 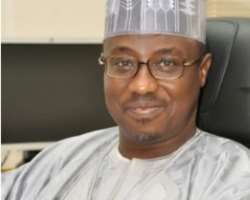 The Nigeria Extractive Industry Transparency Initiative has said that the Nigerian National Petroleum Corporation and other stakeholders in the industry are yet to remit 22.06 billion dollars and N481.75 billion to the Federation Account.

In its audit report released at the National Conference on Remedial Issues in Abuja on Monday, the agency which pushes for transparency in the oil sector named the other stakeholders to include oil companies in the oil and gas sector and Nigerian Petroleum Development Company (NPDC).

According to the report, the unremitted fund is part of the remedial issues contained in the 2010 to 2015 audit reports yet to be resolved.

It said, “Total revenue yet to be remitted to the Federation Account by NNPC, NPDC, and companies in the oil and gas sector is 22.06 billion dollars and N481.75 billion.”

A breakdown of the money indicated that oil and gas producing companies owed the sum of 152.69 million dollars and N5.2 billion and companies involved in offshore processing contracts 498.6 million dollars.

It further noted that the country lost 3.038 billion dollars and N69.997 billion from crude oil production, processing and transportation.

“Unreconciled difference arising from the allocation, sales and remittance of proceeds from domestic crude allocated to NNPC amount to N317.475,” it added.

Earlier, the Executive Secretary of NEITI, Mr Waziri Adio, said that it was unfortunate that most of the remediation issues raised by the audit reports remained unresolved.

He said that government authorities should strengthen the Inter-ministerial Task Team (IMTT) to function effectively to resolve the pending issues.

The News Agency of Nigeria (NAN) reports that some of the remediation issues raised by the audit reports included undisclosed education tax liability, no legislation for gas flare and non-remittance of oil royalty by some oil companies.

Other issues are non-existent compliance with 30 days remittance rule by some crude oil and gas traders and variations in volumes of crude oil lifted, among others.