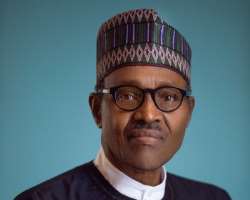 Given the sterling educational qualifications of other presidential candidates with the build up to 2019 elections and the scholars the nation has pride itself in, it seems tempting for some to make a big issue of the alleged failure of President Buhari to produce a credible certificate. Despite the uproar in 2015 and with the build up to 2019 elections, the issue has however been reawakened and has seemingly gotten lacklustre response from the Presidency.

However, investigations revealed that Buhari had in the last three presidential contests he partook in, 2003, 2007 and 2015, had consistently used 'affidavits' in the place of the certificates. How the issue became topical this time around in the opinion of some stakeholders is essentially ahead of the next electioneering phase.

Down the memory lane in 2015, Buhari said "I had assumed all along that all my records were in the custody of the Military Secretary of the Nigerian Army. Much to my surprise, we are now told that although a record of the result is available, there are no copies of the certificates in my personal file. This is why I formally requested my old school the Provincial Secondary School, Katsina [which is now known as Government College, Katsina] to make available the school’s copy of the result of the Cambridge/West African School Certificate. This will be made available to the press the moment this is available".

Speaking further on the quizzing about his certificate, he said "let me say for the record that I attended Provincial Secondary School, Katsina. I graduated in 1961 with many prominent Nigerians, including General Shehu Yar’adua, former chief of staff at the Supreme Headquarters, and Justice Umaru Abdullahi, a former President of the Court of Appeal. We sat for the University of Cambridge/WASC Examination together in 1961, the year we graduated. My examination number was 8280002, and I passed the examination in the Second Division".

Interestingly, in the plot narrative of whole certificate saga, the military to which Buhari has constantly passed the buck already denied having custody of the said documents. In January, 2015, Olajide Laleye, Director of Army Public Relations, announced before journalists in Abuja that the Nigerian Army does not have copies of Buhari’s ordinary level certificates or statement of results, adding that his entry indicated he obtained a West African School Certificate (WASC) in 1961.

However, few days ago the dead certificate saga got reawakened and Femi Adesina, presidential Spokesman, in his response said the military had admitted losing President Muhammadu Buhari’s certificate adding that "The certificate saga is a dead issue", "only idle people will consider it. It is something that had been laid to rest before the 2015 general elections", this however got everyone befuddled and puzzled in contrast to the president's proof of integrity.

The academic qualifications or eligibility of Nigeria’s incumbent President Muhammadu Buhari especially ahead of the 2019 Elections has been one of the scathing issues that have engulfed social media wherein the issue has received exponential attention and review.

One of the many unanswered questions that seems running through the mind of an average concerned Nigerian is why President Buhari should present a '2014 affidavit' instead of copies of his academic credentials, especially after almost four years in office as president, a position that affords him opportunity to retrieve copies of the credentials from the military.

Many Nigerians have continued to express their outrage over the President’s refusal to submit his educational certificates to the Independent National Electoral Commission as required by law. The striking phenomenon over this issue has been centered on Nigeria Military inconsistencies in its statements as regarding Buhari’s certificate and the president's nonchalant attitude towards the sensitivity of possessing a credible certificate

While in 2015, The Army rigmaroled like a barber's chair to Buhari’s statement that the Military Board was in possession of his academic credentials. While it initially said the documents were not in its custody, it made a volte face later and declared it had the documents. The presentation of a '2014 affidavit' in lieu of academic certificates has thrown up critical issues on the criteria for eligibility into the office and the provisions of the constitution.

Alao Abiodun is a Journalist, He can can be reached via [email protected] . Tweets @Kingbiodun_