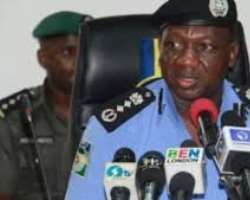 Fresh facts have emerged on the promotion of three Deputy Inspectors-General of Police carried out by the Police Service Commission last week.

The commission explained that it rejected AIG Abdul Iyaji, who was recommended by the Inspector-General of Police, Ibrahim Idris, for elevation to DIG.

The agency, in a statement in Abuja on Monday by its spokesman, Ikechukwu Ani, said it instead promoted Musa Mohammed as a DIG, being the most senior officer from the North-West.

The commission noted that the promotion was in line with its desire to sanitise the police and return the organisation to the path of rectitude.

Before the recent promotions, the commission explained that the Nigeria Police Force had four DIGs representing four geopolitical zones.

The PSC headed by a former IG, Alhaji Musiliu Smith, further said that since the new management assumed office, it insisted on working strictly with laid down rules and regulations guiding its constitutional mandate of appointment, promotion and discipline in the NPF.

The commission stated that this procedure was observed in the promotion of three AIGs to DIGs last week.

“At the time of the recommendation, Musa Mohammed was the most senior AIG in the Nigeria Police Force but was curiously not recommended.

“The commission in its wisdom and satisfying the necessary and relevant requirements approved the recommendations of Sani Usman to take the place of the North-East and Ibekwe-Abdallah for the South-East. –