Restructuring: Neither Buhari Nor Atiku 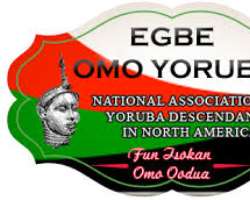 Without prejudice to other contestants, the advent of both Muhammadu Buhari and Abubakar Atiku as the two leading contenders for Nigeria’s presidency has opened the road for a strategic move by the West/SW/Yoruba Nation towards achieving her Autonomy in the quest for True Federalism in Nigeria. Both candidates have been infatuated with Restructuring despite the whittling down of Abubakar Atiku’s proposition to “provision of jobs for youths” etc and Muhammadu Buhari dilly-dallying on its prospects, preferring “economic” pursuits instead. That this is happening only means the Peoples must take charge of the issue by taking the initiative away from the empty promises of various Administrations since 1999.

There is therefore the need to remember all the previous attempts at “Restructuring” scuttled by these aspirants while they were in power, despite the reality of the impossibility of the Nigerian post-colonial State not being more than what it currently is, unless its foundational architecture is Restructured.

Muhammadu Buhari was the ADC to Dr. Koyejo Majekodunmi, the Administrator appointed by the NPC/NCNC Coalition to oversee the suppression of Federalist forces in the West; he was actively involved in subsequent Military Administrations which formalized Unitarizing the country— the foundational and fundamental objective of not only the Nigerian Military but also Northern Hegemony, translating into continuous Unitarization of Nigeria as their singular purpose.

On his part, Abubakar Atiku was the Vice President between 1999 and 2007 when Olusegun Obasanjo was the President, whose 2005 Political Reform Conference was an attempt at elongating his Presidential term but hidden behind “Restructuring” with Abubakar Atiku already assigned to “taking over” the West for the PDP; a function performed with such “efficiency” that Lagos State was left off the hook only because of his benevolence. Since leaving power, he has never promoted “Restructuring” to any appreciable level except now that he is running for office.

Turning the notion of unity, as experienced at Independence, on its head, is one of the legacies of the Nigerian military, in and out of uniform and in association with their civilian counterparts, both acting out the hegemonic script by divesting unity of its diversity, having substituted uniformity for unity.

Both candidates failed to address the responses to foundational crisis of the Nigerian National State, at critical junctures of Nigeria’s history, proposed by both Chiefs Obafemi Awolowo and Anthony Enahoro; proposals which ordinarily should inform on the current agitation for Restructuring as the starting point.

While Muhammadu Buhari was attending to suppression of the West, Chief Obafemi Awolowo, on behalf of the same West, stated the following as the road towards Unity: That revenue should be allocated strictly on the basis of derivation; that is to say after the Federal Government has deducted its own share for its own services the rest should be allocated to the regions to which they are attributable. That the existing public debt of the Federation should become the responsibility of the regions on the basis of the location of the projects in respect of each debt whether internal or external. That each region should have and control its own militia and police force. That, with immediate effect, all military personnel should be posted to their regions of origin…. If we are to live in harmony one with another as Nigerians it is imperative that these demands and others which are not related, should be met without further delay by those who have hitherto resisted them.

In 2018, if all there is to Muhammadu Buhari’s Administration is “fighting corruption”, the “fight” will be half-won( and other things will follow) if the political architecture of State is transformed from the Presidential to the Parliamentary; for, among others, this will greatly reduce the “monetization of politics” as no candidate will need to campaign beyond his/her Constituency; the community/constituency will become a political force in itself; political and economic autonomy of the Peoples through the principle of derivation will address the question of the dichotomy between “infrastructural” and human development thereby making human capacity development a primary responsibility of the community/constituency.

The World Bank president, for the second time in a year, hammered on the need for human development; the first time at the Board meeting of the African Development Bank and now at the World Bank Board Meeting. Even if the World Bank president is to be ignored, considering the Bank’s role in Africa’s underdevelopment, the point is, human development will be impossible in Africa without Autonomy of the various cultural political economies, especially when the establishment of the colonial State was predicated on negating this Autonomy such that when African rulers run to China for “favorable loans” for “infrastructural development” little did they care to observe that this would not have been possible for China if it had continued the alienation of her Peoples by denying them their Cultural Political Economy; for, its Constitution provides Cultural autonomy and political representation for her minorities, all operating under the one-party State, the ideological motor for her emancipation.

In the period leading up to the 2015 Elections, The SW/Yoruba APC entered a necessary alliance which enabled the Muhammadu Buhari presidency, and which has turned out to be a negation of Restructuring. The SW APC must now choose to either continue with self-immolation or redraw the terms of the alliance. If Singapore, as a country, can be withdrawn from a Malaysian merger so it can pursue its development unfettered, nothing stops a section of a political party from withdrawing from a merger; and this is not about substituting a Fulani with another; for a Constitutional Alternative exists.

For the Yoruba Nation/SW, that the Presidential election is the first in the series of elections provides the framework for this Alternative; anchored on the Yoruba Manifesto as its driving force as well as the electoral mandate, it provides Legitimacy for the Yoruba National definition of Restructuring; unless, of course, the SW APC has a different notion and it will have no choice but to let the Yoruba People know what it is.

The ball is now in the SW/Yoruba APC court, regardless of any affirmation as to the party being a country-wide proposition.

Current and contemporary history ought to guide the SW/Yoruba APC. Scotland provided many of Nigeria’s colonial operatives, including colonial Governors, as part of her contribution to the building of the Empire. Scottish political associations began demanding Scottish self-determination within the United Kingdom, up till the present when the demand for Independence has become the main issue on Scotland’s political agenda and further fueled by the fact that what is good for the rest of UK is not good for Scotland (Brexit).

If, after over 300 years of “union”, those who brought the Peoples of the Niger Area together to create a country called Nigeria can be engaged in a civilized process of disengagement; and these “Nigerians” are being held hostage by a false “union” anchored on a false Constitutional foundation, the judgement of history will be on those who will wittingly corroborate the racist notion as to emotions, not reason, being the motive force of the African.