FEMINISTS:Why impose qualifications for marriage based on age? 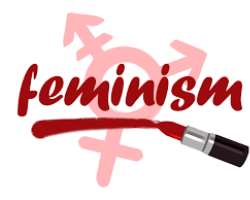 Sequel to my article entitled “Refuting Feminism On Classical Grounds” which was published onOctober 8th, 2018; I would like to duel more on the fallacy and claims by this so called women rights activists. Some of the pressing issues, mostly ignored by feminists as highlighted in the first article is discussed in depthwith utmost clarity.

Another pressure point used by the feminists is that religious bodies,especially Islam oppresses females by marrying them off at a very tender age, hence, refer to such teenage girls as “child-brides”. They claim these girls are forced into marriage to have sexual intercourse, and are denied access to family planning services. As a result, they have no say in when and whether to become pregnant.

Drawing upon contemporary thinking about the age of marriage in order to get a quasi-logical explanation as to why is it okay for such minor girls to enjoy a consensual sex, which may result to pregnancy as it is recorded in every society today, but it is never okay for them to willingly get married at such age.It is perplexing that feminists think the rightful age for a female child to get married must be after she is 18 years.In the biology of reproductive systems, existing literatures have it that the female reproductive system, compared to that of the opposite gender, starts preparing itself, and gets developed enough to produce eggs, which can be fertilized when encountered by a healthy sperm cellbetween the ages of 8 to 14 years. More also, it is believed that the system can nurture and deliver a baby at such age; why do they incessantly campaign against what they call “underage marriage”?knowing fully that in humans, female fertility comparatively speaking is very narrow with respectto that of male. In females, fertility begin to decline steeply from mid-thirties onward, with menopause shutting the door to motherhood with blunt finality at around the age of 50. The reproductive age as you can see is very narrow when compared to that of males which is variable as some men may experience early loss of reproductive functions, others retain fertility and may indeed father children at a great age. There is no such spectrum of possibilities for women; giving birth to children within a narrow window is very dangerous as a result of complications that accompanied the process of gestation down to child delivery. More to the point, if we heed the advocacy of child spacing and birth control within the limited reproductive age of women – but that is another issue of debate. Therefore, we must begin to understand and see reason in the logic as to why Islam permits marriage of females at young age and legalise the consummation of such marriages at the onset of menarche.

As a biochemist, I am much more away of the role of hormones in the regulatory mechanism of the menstrual cycle, fertilization, gestation and menopause as well as the differentiation and variation that exists amongst individuals’ biological, physiological and psychological systems as a result of external factors like diet, environment etc. Studying human biology is complicated because, as we all know, there is a great deal that is not strictly biological which influences our lives. Hence, we should not put barrier or show great resentment towards marrying certain people at a certain age; age should not be the yardstick for qualifying one to be of age or underage when it comes to marriage, rather, let the biological, physiological and psychological states of that person speaks for itself. One can be above 18 years, yet secondary sex characteristics may not develop just as one below 15 years may show fully developed sexual characteristics.It is totally understandable that we ought to think always before one has a child at any age about the future well-being of that child and the age of the parent may very well be a factor but perhaps it is something that we tend to cloud with a lot of negative ideas. I am not firm that women in their earlier ages should get married but I am firm about the fact that it should be an option that should be available, we don’t impose qualifications for parenthood on people based on age, as a lot of children are born with most unfortunate parents.

Therefore, it would not be a misnomer to say that the best option as far as marriage age is concerned, is the method adopted by Islam as it takes into cognisance the period when the symptoms of menarche starts as well as the biological, physiological and psychological state of the person in question. Islam does not just myopically set a limit based on numbers – in this case, age.