Buhari must go, says Obasanjo as he arrives Indonesia. 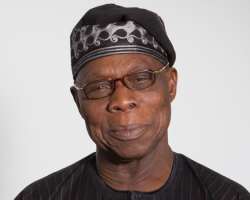 Obasanjo in January called on President Muhammadu Buhari not to seek re-election in 2019.

The rhetorical escalation was backed by new statements endorsing the candidacy of his former deputy, Atiku Abubakar on Wednesday.

” He would be asking friends of Nigeria around the world to join him in calling on President Muhammadu Buhari “to face the reality of the complete rejection of his administration by the Nigerian people and to step aside, revealed a top former US official residing in Atlanta. The official who is also in Bali said that they have began notifying allies.

The former president is speaking at an event Saturday at the sidelines of the 2018 Annual Meetings of the International Monetary Fund (IMF) and the World Bank Group.

Meanwhile, the Special Adviser to the President on Media and Publicity, Mr. Femi Adesina, on Thursday said that no coalition of forces can defeat the president in 2019.