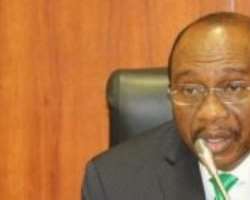 The Independent Corrupt Practices and Other Related Offences Commission (ICPC) has discovered the sum of N9.8bn belonging to the Federal Government which was hidden in Aso Savings and Loans Plc.

The anti-graft agency said the Managing Director of the Bank who was questioned has admitted that the money was actually deposited with the bank.

In a statement the ICPC spokesperson, Mrs Rasheedat Okoduwa, said the money was realized from the sales of government assets and later deposited with the Bank.

The statement added that the Managing Director of the bank, Mr Kunle Adedigba, had told the ICPC during interrogation that the Bank cannot afford to give out the N9.8bn in cash but can handover some of its properties to the federal government in return.

“The ICPC received a petition on the work of the committee and commenced investigation, in the course of which it unearthed the fact that the sum of N9.8bn realised by the committee between 2010 and 2014 from the sale of government properties which was deposited in Aso Savings and Loans Plc., was not remitted to the federal treasury by the financial institution rather, it was used.

“Amongst the several officials invited for investigation, the current Managing Director of Aso Savings and Loans, revealed that the bank is currently experiencing paucity of funds, therefore, it is willing to swap some of its properties located in Abuja and Lagos in exchange for the unremitted funds.”

However, the ICPC said it was determined to recover the money from the bank.