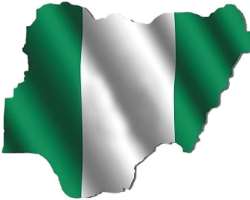 In life, there are times one feels sober. There are also times one feels elevated by events around. In the past two weeks or so, I have derived joy from three spectacular national and international happenings. My joy from these events is not because they are uncommon, it is based on the direct demeanors they have on Nigeria as a nation. I will take them in successive order beside little digressions in between.

The first is the successful trip of Nigeria’s President to the 73rd session of United Nations General Assembly in New York, on September 25, 2018 where Nigeria’s image soured high. Nigeria is becoming a point of reference, drawing the attention of world leaders and global investment groups. The President was honoured to address the world general assembly. It is no more news that the recognition given to Nigeria by the contemporary world is immense. There is hardly any world gathering where critical decisions on peace and security are to be taken without Nigeria’s participation. The world has recognized Buhari’s personality and expectantly this will have overall positive result for the country in the long run.

Buhari was also honoured by the State of New Jersey and City of Philadelphia in New York. Senator Turner of New Jersey read Buhari’s citation with emphasis on his military, professional and political strides. He was also honoured by international investors and captains of industry led by the chairman, Nigerian Coalition for Business Development and Investment, Jude Iheoma, who read Buhari’s citation on behalf of the City of Philadelphia.

At the UNGA 73, Buhari engaged the world leaders on high-level and critical issues that are bane to development and world peace and security. Three sensitive areas of Buhari’s interest were collective fight against global corruption, migration and bridging Africa’s infrastructural gap. The world needs peace. The world should collaborate to stem conflicts threatening human existence. The irregular migration of affected people from war-torn nations has caused huge human losses. That is why Nigeria welcomes the “Global Compact for Safe, Orderly and Regular Migration”, to be adopted in Marrakech.

Nothing can be more convincing and thrilling. To him, corruption within countries and illicit flow of funds across national boundaries has huge negative impact on the stability, peace, and economic prospects of millions in developing countries. The cankerworm has deprived national governments of resources to provide meaningful livelihoods to their populations who are predominantly youths, thus giving rise to more irregular migration. That is why the global institutional framework to address the challenges known as the United Nations System is overdue.

My second source of joy was the massive nomination/ratification of Buhari as the Presidential flag-bearer of the All Progressives Party (APC) for 2019. In connection are the primary elections of all the political parties conducted across the nation for all positions for the general elections in 2019. Some results from states are awful indeed. Surprises have sprung from one state to another. Also in connection is the electoral drama that featured in Osun state where the opposition, the Peoples Democratic Party (PDP) dared the incumbency as a clarion warning on the ruling party, especially at the federal level. Nothing must be taken for granted by the APC. The protests by the PDP Presidential aspirants and stalwarts to INEC office and Police headquarters in Abuja were anything the combustion of irritant honourables. Are they really angry with the same events they condoned during their 16-year leadership? Have they forgot that “Love for your neighbour what you love for yourself”. The police must do their investigation and publicly announce the outcome.

In connection to this are the melodramas and electoral complexities arising from all the primaries which I will prefer to take in another piece. But of prominence is the colossal status that the Rivers state governor, Nyesom Wike, has been able to craft for himself in the PDP. It is rather unfortunate that this period is coming when Ekiti outgoing governor, Ayo Fayose has received part of his lessons. Democracy has unique interpretations and lessons in Nigeria. Sometimes, the “gragra” politicians often realize very late the limitation they can go in Nigerian democratic setup. But for Wike, power is intoxicant and the money is there in excess. He tried to have his way by making Tambuwal to cause stir. How the old “poor” politicians in PDP have been subdued and toiled with! How intoxicating power can be for some PDP founding fathers to fall so low! Nay! After all, PDP is built on power with its slogan “Power to the…”

Specifically in this regard are the national conventions of the APC and PDP on Saturday 6thand Sunday 7th October. I see these events and the outcome as signs of democratic maturity in Nigeria. It also happens in developed climes. With the outcome of the two great events, it is clear that the 2019 Presidential polls will actually be between Buhari 75 and Atiku 72, both Muslims and northerners. I wonder what the wailers will do. The PDP convention reportedly rigged with US dollar gratification is a replica of what the party is always known for. In 2015, delegates were bought to say yes to the then incumbent Jonathan who has predicted the victory of PDP at the Presidential polls in 2019. So Atiku has jumped in and jumped out and finally jumped into PDP acceptability. I pity those who had stayed in PDP and passed through its stormy periods. My condolences to them all! They still have the opportunity to join the victory team.

My third source was the 2018 Independence anniversary celebration with its tragedy and memories. Since 2010 when the same celebration was nearly disrupted with bomb explosions near the Eagle Square in Abuja, such celebration has never witnessed the grandeur that used to be associated with it. Recall the controversy that followed where the Henry Okah led MEND claimed responsibility to the blast but the then President Goodluck Jonathan exonerated MEND. This year witnessed a very colourful ceremony at the Eagle Square with top government functionaries and ex-leaders in attendance. Military and cultural parades and displays took their order. It was a remarkable event that delighted Nigerians. I enjoyed it myself.

There are things worthy of celebration in 2018. The security of Nigeria has tremendously improved. Citizens now travel within the country without fear. Road blocks even within the Federal Capital Territory which were indications of security fear have been dismantled. Kudos to the military and paramilitary agencies of the nation! The government is practically repositioning the security apparatus to secure the lives and properties of the citizenry.


In his speech to mark the celebration, Buhari vowed to foster the values, virtues and common aspirations that unite Nigerians. Nigerians should be grateful to God and the leadership of the nation for the redirection on to the right path. The leadership must, therefore, rise to the responsibility of shutting out all disruptive and corrosive forces against the nation. Nigeria requires critical minds and independent media to assist in ensuring check and balance in governance and in building confidence in the minds of the citizenry.


The speech reassured of commitment to free and fair elections and the practical independence of the Independent National Electoral Commission (INEC). This is with the belief that the ballot box is judgment pool for the government elective offices. It reechoed readiness to support initiatives aimed at addressing global and regional crises and conflicts, terrorism, trans-border crime, climate change, human rights, gender equality, development, poverty and inequality within and between nations. It was more thrilling to hear that Nigeria is working hard to achieve both the AU 2063 Agenda for socio-economic transformation of Africa and the UN 2030 Agenda for sustainable development, which together aim at addressing the above mentioned challenges. Happy 58 anniversary to my compatriots in retrospect!

I seize the opportunity to condole the President, the Nigerian military, all the Nigerian citizens and the family of late Squadron Leader Muhammad Bello Baba-Ari from Makurdi Air Force base who died along Kubwa express way in Abuja from the 7Ni aircraft crash while on aerial display rehearsal ahead of the 58thIndependence Day celebration on October 1. I wish quick recovery to Squadron Leader Batuba and Flight Lieutenant Andy who were two survivors of the tragic collision of the two Nigerian Air Force fighter jets.

I also condole the death of the Nigerian army general cruelly slain by Birom militants and dumped in a pond in Plateau state. Major General Mohammed Idris Alkali, who just retired from service as the Chief of Administration, Nigerian Army Headquarters, just disappeared on September 3, between Abuja and Bauchi after arriving Jos and informing his family of his journey progress. Though the media has been extremely silent over this serious tragedy, it has been reported that his car, a Toyota Corola, with registration number MUN 670 AA Kwara state has been found secret Jos Pond with many other cars, motorbikes, a bus and many dead bodies, according to Commander Special Task Force, Major General Augustine Agundu, who said the general’s car was pulled out of the pond with the combined effort of NEMA, the Fire Service and local divers.

All the distractions including protest by nude Birom women, further staged killings of innocent citizens and discovery of the general’s military attire on someone are not inconsequential. It is noteworthy that if the dead pilot and murdered general were non-Muslims, both the media and some civil, socio-political and religious organizations would have read meanings to it and heated up the polity. This is unfair treatment. The media must stand for truth irrespective of which religious followers are involved. I pray they are martyrs. But the federal government must unravel the secrets behind the deaths and the Jos Pond and bring any possible culprits to book.