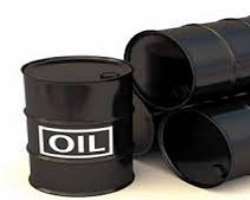 The Nigerian Government and the Oil and Gas Industry is still reverberating, scandalized and shocked by the impetuousness exhibited by the Nigerian minnow, Lekoil Oil and Gas ltd, a London quoted company, otherwise known as Mayfair Investment in the ill-informed decision to sue the substantive Minister of Petroleum of the Country, the sitting President, Muhammad Buhari and the regulatory agency, the DPR.The case is even more enthralling given the fact that the Company does not have a legal, moral or technical case on the Ogo field brouhaha since the claim to have purchased defunct Afren’s 17.14 % share of the field from the UK black market, at much less than the market value, without obtaining requisite approval is illegal, illicit and tantamount to an attack on the Sovereignty of the Country.

Impeccable sources close to the Presidency claims that the Nigerian Government, given its anti-corruption and pro-business policies has determined to thoroughly investigate the lingering saga and deal with it once and for all. The intent of the Government, we gather is to ensure equity is served without fear or prejudice, while protecting the perceived assault on the integrity of the Government.

Although Industry observers are astonished with the Lekoil’s grandstanding, and brazen bravado, the Company may be depending on her closeness with the current Minister of State for Petroleum, Dr. Ibe Kachikwu and the Vice President, Yemi Osinbajo who is a Yoruba like Lekan Akinyanmi, Lekoil’s CEO. Some Yoruba Kings, Senators and other politicians are also said to be running errands,lobbying for the Company. Despite these connections and the obvious intense politicking, we note that the Operator of the Ogo field, Optimum Petroleum is also highly connected with both the Federal Government and NNPC and has recently intensified her efforts to protect her interest and salvage value from the controversial asset.

Lekoil is not without blame in the unending saga around OPL 310 since the Company has developed a reputation within the Nigerian Oil and Gas sector as one that does not honor agreements. The companyhas demonstrated it does not have the capital-raising prowess nor Afren’s technical acumen and has tremendously impaired the value of the Ogo field. It is also a Company that has not cultivated the required ability to manage JV relationships nor the deftness to navigate the corridors of power in Nigeria. For instance, there had been several attempts by the DPR, the regulator in the past to reach mutually-agreeable consensus between the two Companies, but Lekoil had consistently rejected even after such agreements were signed by both parties with the regulator as witness. The inconsistency and somersaults has significantly eroded trust between the two parties and had drawn the ire of the regulators and the NNPC.

The sympathy of other indigenous oil Companies and independents in Nigeria lie with Optimum resources since her hopes as a thriving indigenous Companies have been dashed and she appears increasingly helpless. Most of these Companies have their own horror stories to tell, but the case of Optimum is sorrier since the Company never had a definitive agreement with Lekoil but were forced to consider them through defunct Afren without required due-diligence or regulatory approval. One critical lesson from the OPL 310 story is that the regulator and Government need to do more to protect indigenous Oil Companies against dubious, portfolio Companies that saunters the Nigeria Oil and Gas space luring indigenous Companies and leaving mostly bankrupt Companies in their trail. If care is not taken, the goals of the Government in developing vibrant local Companies will be sacrificed to flashy Companies that take the unexperienced indigenous Companies to the cleaners.

There may be respite for Optimum petroleum however, since sources close to the presidency has revealed that Lekoil’s claimed approval for the 17.14 %, obtained from the Minister of State for Petroleum in 2017 did not follow proper regulatory provisions since it is only the Minister of Petroleum, in this case, President Muhammad Buhari, that can approve the assignment of interests in Nigeria Oil fields. It is because of these intense lobbying, corruption and backhand deals rampant in the Nigeria Oil and Gas industry that the incorruptible President has not designated anybody as the substantive Minister of Petroleum since 2015. The industry is still awashed with the sleaze generated by the last substantive Minister of Petroleum, Mrs. Alison Madueke.

The legal fiasco has introduced an extra layer of uncertainty on the viability of the geologically challenging Ogo field and has cast a doubt on Lekoil’s plans for the field. The deepwater field is gas-prone with about 2TCF of gas reserves which makes gas development and monetization key to the field’s profitability. Geographically, this is a huge challenge since the Nigerian economy is not developed enough to optimally utilize such gas rates and the option of floating LNG may be too capital intensive for a small Company like Lekoil to fund. In addition to these, most of Lekoil’s executives are Nigerians and it has been difficult for them to shake-off the corruption and incompetence tag associated with Nigerian Companies.

Lekoil’s hapless investors that had invested significant amount of money on the Ogo field since 2013 continue to watch as their value erodes with permanently depressed share prices subsequent to the 2008 economic meltdown. This is in sharp contrast to Lekoil’s competitors in the industry whose investors had enjoyed appreciable increase in the rate of returns and share price in the last two years riding on the global increase in Oil Price. Lekoil’s directors who are savvy financial experts may as well know that the investors have been taken to the cleaners and that they have been sold a lemon on the Ogo field. Industry experts believe that Lekoil has lost interest in developing the field and may change her focus in the near term to cash generating assets with the intent to gradually charge off the book value the Ogo field as impairments against the free cash flows in the next couple of years. This would leave the investors, the Nigerian Government and Optimum Energy with an asset they cannot benefit from.

The audacity of the company is probably dependent on the high-powered 2019 elections since the future of the Company in Nigeria lies squarely on who the President of the Country is after the election. It is very difficult, given the legal opprobrium and the undeserved affront on the blameless Nigerian President for Lekoil to make friends at Aso rock, the seat of Power. While some investors had cut their losses by divesting most of their equity in 2018, others may be watching the 2019 election with keen interest to make decision since the Company seems to be war with a powerful Northern Hegemony, the Regulator and the Presidency.

This decision is made more imperative since another global downturn and oil price reduction may be imminent given the current trade war between the USA and China.