Time for a paradigm shift in the north 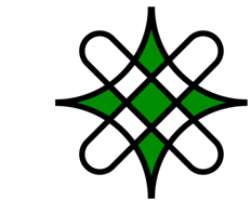 I will start this reflection by paraphrasing the Emir of Kano, Muhammadu Sanusi 111. While our pre-independence leaders did a lot in fashioning a regional identity for us – and we are grateful to them- the challenge for the current generation of Igbos, Yorubas is to create a new supra-ethnic, supra-regional identity that will supersede the old regional identity. While the defence of regional and ethnic identities remain strong across the country, in the north where we have a plethora of micro ethnic groups, religion and region become a strong unifying bond. It is probably why the region views with suspicion policies or actions perceived as deliberate ploys to destroy the unity of the north – as imperfect as that unity may be.

In many parts of the south, the perception of the North has remained an abstraction from the pre- and immediate post-independence era, where because of historical reasons, the rate of attainment of Western education remains abysmally low. Though every part of the country has its unique challenges, there has been a tendency to see the North from the prisms of the pre-indence era: many people from the South still believe that many Northerners, especially Northern Muslims in responsible positions must have attained their heights because of quota or favouritism; those doing very well in business are also believed to have done so through the connection or manipulation of access to state power or exploitation of feudal privileges. In the governance of the country, there is also an unfortunate innuendo linking the poor leadership quality the country has been producing to the north – in part because during the era of of military coups, the north produced a preponderance of those leaders. Largely because the generation of soldiers in those days did not have University education, none of the military leaders from the north had any – though their military qualifications were often more than Master’s degrees equivalent. It is instructive that Shehu Musa Yaradua was the first university graduate to rule the country. And this happened only in 2007. Obasanjo has a polytechnic education as engineer. I am not arguing that paper qualification equals competence but in a society where we all stereotype one another, lack of that formal qualification became wrongly attribuated for deficiencies in statecraft. Though I believe that Goodluck Jonathan was a good man, I did not see how his PhD impacted positively on his ability to govern.

The world is moving to an era of technocratic leadership. Across the world, young, good-looking and well educated leaders are emerging. Now that the two leading political parties have zoned the presidency to the North, it is an opportunity for the zone to change the narrative, to lead in the production of leaders in tune with modern trends and leaders who will lead to the region being perceived in modern times instead of abstraction from the pre-indence and immediate indepent eras. This is where I have come to root for Dr Hakeem Baba-Ahmed. Modern era requies a leader who is both an intellectual and understands that the private sector is the true engine of development in any country. In addition to having two master’s degrees and a PhD, Dr Datti Baba-Ahmed, who is only 48 years old, is the founder of Baze University (where staff are paid 25% more than their public sector counterparts) and also runs a consultancy firm. The University and the consultancy firm together employ more than 600 Nigerians. I have been to Baze University. It is simply a University inspired by idealism: teaching takes place in small classes, using modern tools and systems – no chalk and black board as you see in the universities. The University is also as cosmopolitan as they come – from a british Vice chancellor to a Northern Vice Chancellor, Igbo Deputy Vice Chancellor and Nigerians from across the country holding top resposnible position. In the University there is zero tolerance for sexual and other forms of harassment. Students who do drugs are dismissed.

Let me mention that I have a lot of respect for our leaders. I see Buhari as an honourable man, who means well but is perhaps so misunderstood that it may be difficult for some to see any good in him. I however also believe that given his age and health issues, he may consider taking a deserved rest and play statesman to the country. Many of the aspirants from the North have their strong points but either come across as professional politicians, who can only make a living or sustain a certain life style from access to power. Dr Ahmed comes across. Though I believe he needs to tone down his bluntness – and is certainly not perfect- he comes across as a complete package. We need a Nigerian who can demonstrate that he is cosmopolitan not just for the sake of optics and scouting for votes but because he genuinely believes that good and competent people abound from across the country – not just from one’own people, just as we also have nasty and dodgy people from across the country. We need a leader who can harness those intangible assets in has to create a new story line for the country; we need a leader who can help us create a new ethnic group – the Nigerian ethnic group- and become a rallying point for engendering group pride in that new ethnic identity. And if that Nigerian happens to be of Northern extraction and Islamic faith, it will also mark a paradigm shift in the region.