MRA Inducts NDLEA into FOI Hall of Shame, Accuses it of Treating FOI Act with Disdain 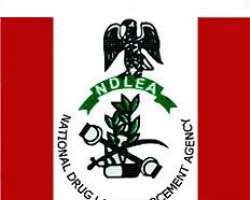 MRA’s Programme Director, Mr. Ayode Longe, announced the choice of NDLEA as this week’s inductee in a statement issued in Lagos, saying “the disdain with which the agency has treated the FOI Act over the last seven years, as evidenced by its almost total disregard for all its duties and obligations under the Act, is extremely troubling.”

According to Mr. Longe, apart from a single implementation report on the FOI Act, which the NDLEA has submitted to the Attorney-General of the Federation, it has neglected to submit any report for the other six years since the enactment of the Act in 2011 and has also failed to perform all its other duties and obligations under the Act.

The NDLEA was established in 1989 by Decree Number 48, now re-designated an Act of Parliament, and charged with eliminating the growing, processing, manufacturing, selling, exporting, and trafficking of hard drugs.

He accused the agency of violating section 2 of the FOI Act, which requires all public institutions to proactively publish some categories of information even without anyone making any request for such information as well as to update such information regularly and whenever any changes occur.

According to him, the NDLEA has totally neglected to proactively publish these classes of information as the only information on its website that comes close to meeting part of its proactive disclosure obligations is the information about its different directorates, although it is clear that even those have not been published in response to the FOI Act.

Mr. Longe stressed that the NDLEA’s website contains no reference to the FOI Act or any steps taken by the agency to implement the Law, adding that its website is a major platform that should ordinarily be used by the agency to publish the items that the Act requires all public institutions to proactively disclose as well as the implementation reports that it has issued under the Act over the last seven years.

He said: “The NDLEA’s website has no information about whether it has designated an FOI Desk Officer or if it has provided any training for such an officer on the effective implementation of the Act or for its other staff to enlighten them about the public’s right of access to information under the Act. In addition, the NDLEA is not among the public institutions whose FOI Desk Officers are listed in the Database of FOI Desk Officers published by the Attorney General of the Federation.”

According to him, there is no indication that the agency has granted any request for information from members of the public, especially given that it is in breach of its obligation under the Act to submit annual implementation reports to the Attorney-General of the Federation as such reports would have contained the necessary data about the number of requests for information it has received and how many of them have been granted.

Mr. Longe called on the NDLEA to immediately take steps to comply with all its obligations in the Act, especially as a law enforcement agency which also has responsibility for enforcing compliance with the provisions of another law against public institutions and private bodies and is tasked with coordinating with a wide range of institutions in many different sectors.

Media Rights Agenda launched the Freedom of Information Hall of Shame in July 2017 to draw attention to public officials and institutions that are undermining the effectiveness of the FOI Act through their actions or inactions, decisions or utterances.