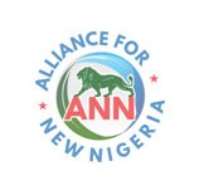 In the statement signed by the Secretary of the BoT, Mr. AiseosaOsaghae, the BoT noted that “ANN is a Party that is founded on, and upholds, three cardinal principles of Transparency, Integrity and Excellence. And that ANN was founded by and comprises of skilled Men and Women of integrity also referred to as Technoticians that believe in the ideals of a party designed to Birth a New Nigeria.”

Following reactions by a section of the party led by its immediate past interim national chairman, Dr Jay Osi Samuels and a presidential aspirant Mr. Gbenga Olawepo-Hashim, the Board of Trustee in a resolution released after the meeting affirms the election of Mr. FelaDurotoye and that the National Chairman Mr. Emmanuel Dania and members of the National Working Committee of the party have acted in good faith and organised a free, fair and credible presidential primary in line with the provisions of the party’s constitution in part VII Section 18 (1) (a) , functions 2 (a),(b) (f) and The Electoral Act Section 85 (1) which states that 21 days notice must be given to INEC before any convention, congress, conference or meeting is convened by a political party where the presence of INEC is required and where the reasons for such is for the purpose of electing party officers or candidates.

The statement affirmed that the party in line with its ideals have decided to adhere strictly with the guidelines issued by the Independent National Electoral Commission (INEC) and for this reason has ensured that only state chapters of the party that had done their congresses and elected delegates to participate in the presidential primary were invited to participate in the special convention and were allowed to vote in the same election that was duly observed as required by law by the representatives of INEC.

The statement affirmed that the party in line with its ideals have decided to adhere strictly with the guidelines issued by the Independent National Electoral Commission (INEC) and for this reason has ensured that only state chapters of the party that had conducted their congresses and elected delegates to participate in the presidential primary were invited to participate in the special convention and were allowed to vote in the same election that was duly observed as required by law by the representative of INEC.

The BoT also noted in their submission whilst briefing journalist that the dates for the said Convention and Primaries were approved by National Executive Committee (NEC) at its meeting of 10th September 2018, and same dates were duly communicated to INEC in compliance with the Law in a letter signed by the National Chairman, Mr. Emmanuel Dania and National Secretary, Sahid Umar on 28th August, 2018, and that it was furtherance to this that the Convention held and produced Mr. FelaDurotoye as Presidential Candidate for ANN in the 2019 general elections.

It therefore urged its party members and persons who might be aggrieved by the processes leading to and the outcome of the said Convention to take advantage of the Post-Convention Appeals Committee and other internal Dispute Resolution Mechanism to address their grievances and to desist for actions that might be tantamount to anti-party and those liable of causing reputational injury to the party.

The National Chairman of Alliance for New Nigeria, Mr Emanuel Dania in a media briefing on Monday, October 1st 2018 whilst responding to questions, dissociates himself and the party from a publication in the Punch Newspaper of October 1st 2018 signed by the National Secretary of the party Alhaji Saheed Umar where another Presidential Primary was announced for Wednesday, October 3rd, 2018 and the appointment of Dr Jay Osi Samuels as the Acting Chairman of the party.

Dania in the same statement mentioned that the Board of Trustees of the party had met and issued a statement affirming his position as the National Chairman of the party and the affirmation of the emergence of the party’s presidential candidate Mr FelaDurotoye during the special convention and the Presidential Primary that held on Saturday, September 29, 2018 in Abuja which was duly witnessed and reported by representative of the Independent National Electoral Commission (INEC).

In his statement, the Chairman reiterated that the party is poised to provide a level plain field for every Nigerian in respective of their class, religion and region to aspire to elective positions in the country on its platform and would always stand by the core tenets of its principles of Transparency, Integrity and Excellence.

Speaking at the media briefing, Dania emphasized that though one of the Presidential Aspirants Mr Gbenga Olawepo-Hasim had requested that the primary be moved to Wednesday, October 3rd, 2018 and that he needed more time to allow some of the states that haven’t done their congresses do so. He however does not see a reason why the date should be moved and in order to ensure that he maintains fairness and equity, he scheduled a meeting with both aspirants for them to discuss this request from Mr Olwawepo-Hasim and agree but Mr Gbenga Olawepo-Hasim that called for the date change was not present at the meeting which was attended by the second aspirant Mr FelaDurotoye.

Dania reiterated that though he wanted to ensure that he pleased all the aspirants, he was also very conscious of not infringing the constitution of the party, the electoral act and that the party adhere strictly to the INEC guidelines and timetable which expects that all parties participating in the 2019 general elections must submit the names of their candidates on or before Monday, October 7, 2018.

He therefore called on the erring members of the party to desist from acts that can be tantamount to anti-party activities and to avoid being sanctioned by the party knowing that all the actions of the National Working Committee leading to the conduct of the Presidential Primary and Special National Convention were duly presented and rectified by the National Executive Committee of the party which is the highest organ of the party.

In his appeal, he said that any aggrieved can approach the Presidential Appeal Committee and seek redress within the timeline provided and in accordance with the guidelines and as approved by the National Executive Committee of the party. He thanked all the members of the Board of Trustees for their support and for staying on the party of honour.