Kanye West announces that he is changing his name 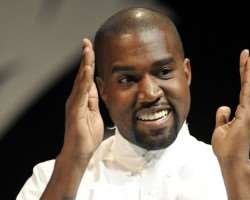 The rapper announced his new name on Twitter—and fans have some opinions.

“The being formally known as Kanye West. I am YE.” Kanye West  announced on Twitter today  that he is changing his stage name, preferring to now go simply by YE. Because, really, who needs the Kan?

The choice of name here is not so random—after all, he did title his last album Ye. He also made reference to the significance of the name throughout its promo tour. “I believe YE is the most commonly used word in the Bible,” he  told Real 92.3's Big Boy . “In the Bible it means 'you.' So I'm you, I'm us. It went from being Kanye, which means the only one, to being just YE—just being a reflection of our good, our bad, our confused, everything. I'm just more a reflection of who we are.”

With the news of his new name, YE now joins other artists such as Prince, Diddy, and Snoop Dogg, who have all undergone name switch-ups for the sake of art. Tonight, the rapper is set to perform on the season premiere of Saturday Night Live hosted by Adam Driver. He will also drop his new album, Yhandi, sometime during the episode.

It didn't take long for the Internet to weigh in once fans learned of the rebrand. A few Twitter uses poked fun, making reference to Weight Watchers—now WW—and Dunkin' Donuts—now just Dunkin'—also making adjustments earlier in the week.

Below, see some reactions to his name change.