Dear Nigerians, This Education Is Not Ours 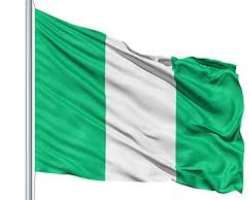 Straight to the point! How come of all the fruits that could have been used to teach us the first letter of the English alphabet, apple was chosen; that which does not grow in our country, Nigeria. Why not A for African Cherry (Agbalumo)? Okay, how did we accept that Mungo Park discovered River Niger? And we cheaply accepted that our great grand fathers were perhaps only busy drinking palm wine without noticing the river. Again, how did we come to dislike our ancestors such as Ogun, Sango and Amadioha? Many of us even think they may not make heaven, like it was their fault that they did not hear about the Christians’ Jesus and the Muslims’ Muhammed. Well, may I also tell you that there are homes in this country of ours called Nigeria where to speak the language that is ours is a taboo and will earn a child strokes of cane or, at least, some words of insult. You have got to speak English.

In the academic circle, a theory is not only a set of empirically proven tools, concepts or instruments that are used to explain academic and social phenomena; it most preferably has to be propounded by “a white man”. A man and a woman cannot be martially compatible except they both are Christians or Muslims. An African PhD holder in Agriculture once admitted that she was never taught or read of any African indigenous method of cultivation until she came across one in Tanzania.

With a little knowledge of Government or Social Studies, you must have been taught or read that Separation of Power was propounded by Baron de Montesquieu, a French judge. This is so written in the Government textbooks used in a country with a more effective separation of power. In Baron de Montesquieu’s separation of power, the head of state chooses and can remove the Chief Justice of the Federation and the legislature can, by a two-third vote, impeach a president. So, selfish legislators can easily impeach a disciplined president. Let me inform you that in the separation of power practised in the pre-colonial Oyo Empire, a member of the legislature (Oyomesi) must be willing to die with the head of state (Alafin) to validate the genuineness of the impeachment. So which law maker will want to die for an unjust cause? Now, which of these two varieties guarantees checks and balances? So why would we not include in our own curriculum the African version of separation of power?

Julius Nyerere, the former president of Tanzania, once said that, you cannot develop people; people will have to develop themselves. The development of Nigeria strongly lies in the acceptance, advancement and promotion of curricula which will be based on our traditional, authentic and indigenous knowledge. There was a “we” and we survived before the advent of colonialism and foreign evangelism. In that “we” only, lies our true development. Let us create education for ourselves by ourselves.

It starts with your thoughts! Don’t be helped to think; think for yourself and by yourself.