Osun Election: Why APC Must Not Adopt Buhari As The Nominee Of The Party* 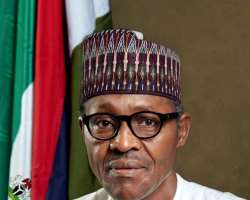 Let me start by giving kudos to the Independent National Electoral Commission (INEC) for the great improvement shown in the Osun governorship election. Further, declaring the election inconclusive is a good decision. It is constitutionally intra vires, has ample precedents, and ought to be respected by all parties. Best of all, the election results thus far offer a salutary lesson why the All Progressive Congress (APC) should not adopt Muhammadu Buhari as the presidential nominee of the party towards the 2019 elections. The lesson is that the Nigerian masses are fed up with imposition of candidates or any semblance of such.

Take for instance the case of Osun governorship election. Despite the fact that the candidate of the APC, Gboyega Oyetola, was equipped with overflowing resources and is head and shoulders above his two closest competitors, his failure to garner outright victory over such feeble opposition is a clear indication that something was amiss. But the problem should not be misplaced. It lies squarely with the manner Oyetola became the nominee of the party. The gist on the ground is that the candidate was “somehow” imposed. This situation created unnecessary disunity within the party, which caused many party faithfuls to either stay disinterested or decamp entirely.

The Osun election is beginning to trend as a defining problem for the APC in the build-up of the 2019 elections and beyond. But the solution is not so complicated. It calls for the leadership of the APC to quickly find ways to make amends and facilitate a unity of purpose before the re-run election of September 27, 2018. It calls for the party to demonstrate true leadership by influencing the decampees and other patriotic Osun stakeholders to present the united front needed to achieve a resounding victory. This can be done and ought to be done, whatever it takes, insofar moral. The posterity will not be kind to the APC, if a labile character and a definite nothingburger like Ademola Adeleke of the Peoples’ Democratic Party (PDP) goes to assume the leadership of a state because of a tractable crisis within the ruling party.

But the saving efforts should not stop at Osun, because the scenario may repeat itself on a national scale. It is a common knowledge that the issue of prohibitive nomination fees is not sitting well with a majority of APC members, especially the aspirants themselves and their supporters, some of who are threatening to leave the party in protest. In attempt to assuage their fears, a coalition of 2019 APC presidential aspirants, led by SKC Ogbonnia, Charles Udeogaranya, and Mumakai Unagha, came forward and wrote to the party, demanding that the nomination fees be drastically reduced in line with the economic situations in the country. Instead of toeing the popular demand, the Adams Oshiomhole led-National Executive Committee (NEC) of the party has remained adamant.

Today, not only is the entire APC primary process turning into a charade, with confusing modes and conflicting dates; the general optics is also that candidates are being imposed on the people. Let us consider the candidacy of Muhammadu Buhari, the sitting president. The most relative is that, like the other APC presidential hopefuls, Buhari had carpeted the cost of the presidential nomination form which is pegged at N45 million. Rather than a recourse to reason, the party leadership openly welcomed a phony group that claimed to have contributed the whopping N45 million required to buy the form for Mr. President. As soon as Buhari accepted the forms, against popular wish and the extant electoral laws, the party put out a statement, claiming that it has adopted him as the sole candidate of the party. To them, “the president has the right to first refusal.”

Now, if ‘the right to first refusal’ has become the reigning term in the Nigerian political lexicon, why not apply same to the states, where some governors are being compelled to stand for primary elections against other aspirants, for example, Lagos and Adamawa States?

The discernible answer is that the much-advertised internal party democracy within the APC is misleading, a cocktail of confusion. Be that as it may, the emerging consensus appears to be that the party has displaced an essential component of democracy, being political competition, with an archaic scheme designed for the highest bidder. It goes without saying that, besides the presidential aspirants, many other party faithfuls—particularly the poor, women, and the youths—who had aspired to electoral offices are being excluded because of the exorbitant nomination fees.

The leaders of the party should bury their ego and accept the reality that the prohibitive nomination fee is counterproductive. Not only does the scheme aid and abet corruption, it also contravenes the Nigerian Constitution. But there is still enough time to right the wrong. There is still time to create the desired level playing ground or even something close. As odd as it may sound, now is the time to drastically reduce the cost of the nomination fees—from the House of Assembly to the office of the president—so that the ordinary party members who desire to exercise their fundamental right to run for office have the opportunity to do so. A stitch in time, they say, saves nine.

SKC Ogbonnia,
APC Presidential Aspirant writes from Oshogbo and can be reached via: [email protected]