Elections as a joke, as all change remains the same 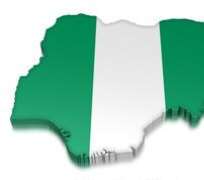 So, I patiently waited to see what would become of the #osundecides race, between an F9 PDP dude and other big wigs of APC, and SDP: the result was inconclusive, like all the reoccurring NYSC certificate debacle as a people we are inconclusive regarding what is right, wrong, progressive or backward…our elections are a mere joke, but we will get there maybe..

Meanwhile, I have struggled to avoid discussing the matter of Buhari's presidency in recent times, not as an act of cowardice, but truly, who am I, to discuss, a president of the federal republic of Nigeria with such cultic followership. Especially when I am not on a praise-singing mission like many are want to do?

It is also with annoyance as one watches everything national discuss narrowed to for and against without any sense of critical thinking.

However with each passing day, I know that I am compelled to make my opinion known, and it's not just my opinion but it's that of many Nigerians. And I make these comments so that someday in the future when I am asked what did I say or do, these words would hold me liable. I will not sit on the fence and watch, I will talk, I will write and let my words stand for posterity.

Before I go far, let me state the following facts...as of today comparatively like Jonathan before him, Mr. Buhari is a decent man... (Note my words, comparatively). He is not as tainted as most players in our power block. However trust me, he is tainted. He is by actions of omission and commission, are we not all guilty?

The year 2007 was labeled the "Year of Living Deceptively" for South Korea because of the country's numerous scandals involving fake academics and corrupt politicians. A survey of 340 professors selected the Chinese phrase 'ja-gi-gi-in' (deceiving yourself and others) to sum up the year.

I can tell you that since the Buhari's APC administration came on board fully, it has been one hell of deceit, after another, struggling hard to break every of the last administration's failure consciously or otherwise.

A host of us know that the last administration and that which commenced May 2015 share a lot in common, and that is "living deceptively". Mr. Buhari is a 'no-yes man' and is far from a departure of the business as usual set of leaders that have plagued this nation. But really what has changed?

The Buhari praise singers have simply caught the messiah bug. I am surprised some persons have not called him a god. The expectations were high, and for a nation that has for decades lived below its potentials we have a right to expect much but sadly we are again (saddled with our permission) a government that is largely a deceptive one.

Many will tell you that there has been fuel for quite sometime now. But the fact remains that there is a clear difference between availability and affordability, whichever way we argue, most people drive-in just to purchase some two-three and four litres. Not that they do not have that right...that's the Chinese spirit in Africa after all.

Mr. Buhari not just by his will but by powers beyond him will has been forced to still tow the known path. It is the only road we know for now...road contracts abandoned, commissioning of hospitals without facilities. Schools neglected, strikes within various sectors of the economy amongst many shortfalls and long falls have characterized the administration with a couple of its own fair share of 'elephant and hippo' projects.

There is nothing Mr. Buhari can do about the National Assembly and their outrageous million naira salaries for doing nothing, while as part of the deceit the government negotiates a few thousands for another set (civil servants) that does at least a 'small thing'.

Did anyone think that Mr. Buhari led APC was the answer, than we really need a re-think or we should take that weed prescribed by my brother and friend Sowore? We have all been witnesses to the deceit called the mono rail? Or do we need a soothsayer to tell us that the best that we have now is a conglomeration of deceit...

Security is working well only on two fronts, budgetary and expenses, but in terms of actual provision of security it's all deceit as the Borno, Plateau, Zamfara, Bayelsa, and Edo are cases all there for all to see. The mystery is that while it is better, it remains the same.

By 2019, what will Buhari's greatest achievements be, (actually for those of us thinking, he will lose the February 2019 polls, we have very little in choice).

A cursory look at the policy thrust of this government is the very essence of my lamentation. For those who have asked for more time, I have argued that a change in government, if free, fair and credible does not mean that government should restart its engine. On the contrary, it calls for a refuelling and moving ahead. Our experience is that government has to start all over again and the same old music is remixed and few months after we notice same old thread in action. Has it occurred to us that the same issues that the last administration sought to solve or made comic of, is the same ones we are facing again.

Obasanjo-Yardy-Jonathan-Buhari...it's all been cosmetic dressing, in terms of the resources at our disposal. For those that ask for more time, I hope they are aware that we earned 2.8trillion, in 2010, an increase of almost 30% from 2009, and fast-forward to 2018 we are spending in excess 0f 6trillion of which half may have been borrowed.

Talking about borrowing, we have equally borrowed from everywhere, it remains to be seen if Benin Republic will give us money for some Private-Public-Partnership project on radios inside Keke NAPEP?

However Mr. Buhari may be blessed as Nigerians are so divided on these issues by religion, ethnicity, nepotism, chopism and other selfish modules.

To curtail a breakout of similar revolts in the country, Buhari and his team do not have the plan, the will; it simple pays lip service to change...just like a labourer changes his shirt day by day without choice to the same work wear he is used in 50 long years.

Meanwhile the acidic truth is that the PDP cohorts called opposition will not urgently and comprehensively address the job issue, nor improve on the business of government either if given a second chance, because who really is PDP?

There are no plans that will translate to the provision of housing, water, and education for all Nigerian children to the Senior Secondary School grade. With more billions spent, electricity will still not be available, reliable and affordable.

Win for Buhari, or for the PDP is not going to solve our problems, Mr. Buhari will not disappoint APC, nor make PDP eat their words. Many like me would surprisingly with shame eat our words if there is a remarkable surge forward, if we can stop complaining about the same problems.

If any of the current clowning circus in PDP or APC, can make Nigeria join the speed train age and stop the government of celebrating bore-hole water in communities that deserve more, then elections would be worth it, but for now, let us slowly keep grinding on.

Finally Mr. President, you are not under obligation to read, or listen to me. Besides you are not the root cause of almost 60 years after we are still a nation of potentials and little in achievement. You cannot do anything about it...but certainly you can do something...You cannot surprise many of us that do not believe in you. But you can shut us up by performing when you win but only till you win—Only time will tell