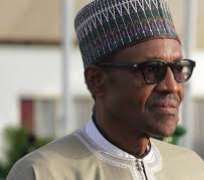 A source from the Presidency who pleaded anonymity confirmed this development to journalists on Wednesday.

The Police had earlier today invited Senator Adeleke to appear at its headquarters to answer questions bordering on allegations of Examination Malpractice, Criminal Conspiracy, Personation, Breach of Duty, Aiding and Abetting against him.

According to the source, Buhari ordered that Adeleke should not be invited until after Saturday's election.