Osun: picturing into the future! 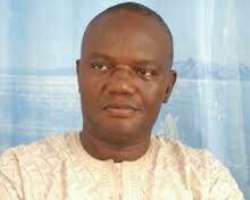 It is a matter of days before the electorate in Osun goes to the polls to elect a successor toRauf Aregbesola, the outgoing state governor.

Nature, they say, abhors vacuum. As Aregbesola’s administration is gradually but furiously winding down, it is incumbent on the people to access where they are coming from, with a view to picturing into what the future holds in stock.

Flipping back to the last 8 years with the benefit of hindsight, Aregbesola had met a state at its developmental nadir. The governor met a rudderless state, where every facet of government was comatose. Worse hit were social infrastructure, education, health and commerce. The preceding government, overseen by the Peoples Democratic Party (PDP), was profligate with the state resources owing to its misplaced priorities and astounding banality. Then enter Aregbesola who worked assiduously to change the state’s narrative. With a landscape littered with infrastructural edifices, ranging from landmark road networks to social amenities, the economy and commercial activities of the state jumpstarted from their dying ashes. This story of success may be a harrowing one but the fact remains that Aregbesola has done what ought to be done to rescue an ailing state.

With few days to Aregbesola’s handing over the flag to his successor therefore, where is the state headed in a way as to avoid a reversal of the gains of the last 8 years and who does the cap fit? Well, a peep into the profile of some of the contenders to the throne will suffice.

First is Adegboyega Isiaka Oyetola, the candidate of the All Progressives Congress (APC) Born on September 29, 1954, Oyetola holds a Bachelors degree (B.Sc.) in Insurance and Masters Degree in Business Administration (MBA) in Finance. He has served as Area Manager at Leadway Assurance Company Limited; Underwriting Manager at Crusader Insurance and Technical Controller at Alliance and General Insurance.

In 1991, Oyetola founded Silvertrust Insurance Brokers Limited, a firm he has successfully managed until he was appointed as Chief of Staff in 2011. He was also Chairman, Ebony Properties Limited; Executive Vice-Chairman, Paragon Group of Companies; and Director, Pyramid Securities Limited.

Oyetola served as Aregbesola's Chief of Staff until his election as APC governorship candidate. A certified Insurance Broker by training, the quiet, modest and witty APC flag-bearer is said to be among the founders of the now-rested Alliance for Democracy (AD) in 1998 and has since then remained a notable figure in Osun’s political scene so much that when the Action Congress of Nigeria, ACN, birthed, he was one of the party's notable chieftains.

He is a loyal, pronounced technocrat, result-oriented progressive and philanthropist par excellence whose capacity for generosity remains endless. As a matter of fact, no fewer than 400 students have benefitted from his scholarship grants in the last 25 years. He is married with children who are doing fantastically well in their chosen fields of endeavour.

As fate would have it, his deputy, Benedict Olugboyega Alabi, also holds a Masters degree in Economics which makes the team a perfect combination.

Next is Ademola Adeleke of the PDP. Reports have it that he is a secondary school dropout,whose candidacy has been dogged by controversies. As we speak, many court cases, bordering, principally, on certificate forgery, are hanging on his neck, all which are making the coast unclear for his candidature.

With the benefit of hindsight, Adeleke is an accidental politician who was shot into limelight following the sudden death of Isiaka, his elder brother. The concern in some quarters is how the son of a former senator missed the golden opportunity of acquiring the best education that money could provide. Unfortunately, the PDP standard-bearer seemed to have learned nothing from the rise and fall of Salisu Buhari, Nigeria’s former Speaker of the House of Representatives. As he now parades “badly-damaged” credentials, the candidate is seen more as a spoilt brat who is being pushed by his immediate brother’s humongous wealth. In any case, it is yet to be seen if he will survive the allegations against him in a court of competent jurisdiction. In my considered opinion, a vote for the Ede, State of Osun-born candidate, popularly referred to as Ajobiewe, will be a vote for emptiness and untoward setback as the 58 year-old candidate has shown himself as having nothing to offer.

Moshood Adeoti is the governorship candidate of the Action Democratic Party (ADP). Adeoti is the immediate past Secretary to the Government of the State of Osun (SSG). Born on February 27, 1953, Adeoti defected from the ruling party and resigned his appointment as SSG to protest the choice of Oyetola as the candidate of the party in an election that was adjudged free, fair and credible.

A Bachelor’s degree (B.Sc) holder in Business Administration, the ADP candidate was at various times the Councillor, Secretary and Chairman of Iwo Local Government before becoming the Chairman of the Action Congress of Nigeria (ACN) which eventually metamorphosed into APC. Aside from his appointment as SSG, the only known place the Iwo-born politician seemed to have had a ‘cognate’ experience was in the Sawmilling industry where he served as Manager.

Last but not the least is Iyiola Omisore. A Doctor of Philosophy (PhD) holder in Infrastructure Finance, the veteran governorship candidate has at one time or another served the state as Deputy Governor and Senator representing Osun East Senatorial District. However, despite Omisore’s claim to sound academic acquisition, he is perceived more as a man of slothful pastimes and unstable whims whose dangerous schemes cannot do the state any good. It is believed that his desperation may not be for the genuine interest of the masses after all. As such, his victory at the polls may translate into converting our collective patrimony into personal use. Remember: the Social Democratic Party (SDP) candidate still owes Nigeria a huge sum of money, part of which he has been struggling to refund through the Economic and Financial Crimes Commission (EFCC).