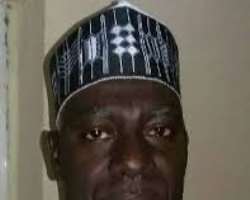 Details have emerged of the intrigues that preceded the emergence of Alhaji Yusuf Magaji Bichi as the new Director-General of the Department of State Services. According to several sources close to the presidency, Alhaji Bichi was a compromise candidate between the preferred candidate of some powerful presidential aides and the choice of the president who was said to have preferred a retired military officer to head the nation’s secret service.

But despite the initial outrage that greeted the appointment of Bichi as the Director General of the Department of state services, a cross-section of both serving and retired personnel of the service who spoke with Vanguard variously described him as “competent”, “capable” and most suitable to return the service to professionalism.

According to various sources that are in the know about the emergence of the new Director General of the DSS, he was neither in contention nor was he among the people being considered for appointment to replace the former Director General, Matthew Seiyefa.

“One powerful presidential aide wanted a serving director from one of the southern states to take over from the former Acting Director General. The president was said to have in mind a retired military personnel.

When some members of the presidential aides insisted on the serving Director from the service, the president reportedly sought the opinion of Seiyefa who recommended Bichi as a capable officer to reposition the service and serve the interest of the nation”, a senior security personnel who claimed to be aware of the intrigues leading to the appointment of the spy chief told Vanguard.

Several sources that spoke with Vanguard expressed surprise that Bichi was appointed because he is considered as one officer that is “politically naive” and not aligned to any of the several bases in the villa. Speaking with Vanguard on the suitability or otherwise of the new DG, a serving officer of the Service who said he had worked with the new head described him as a “good officer” that the service needs at this point in time.

The officer, who does not want his name mentioned because he is still a serving member of the DSS told Vanguard that “professionally speaking, he is the best appointment for the service. He is not a political officer and will do his job professionally. We just hope that he will be able to stand up to politicians when it matters most”.

Also speaking on the new DSS boss, a retired director of the service and Abuja based security consultant, Mike Ejiofor described him as a “ competent officer” who has the “capacity and capacity” to deliver on his new assignment.

“The president has the discretion to appoint whoever he wants as the Director General of the Service. The most important thing is whether the person so appointed is qualified and capable. This officer is competent and capable. He is best placed to reposition the service” he said.

Mr Ejiofor dismissed the fear that being from a particular part of the country may affect the performance of the new Director General saying that as a professional, competence and not where one is from is the guiding principles. He, however, said those who have raised concern about him have the right to do so adding that ‘in a democracy, if you are not satisfied with any government decision, you use your voters’ card to vote out the government at the next election’.