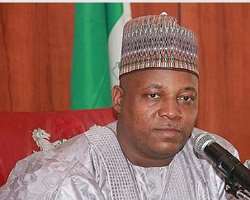 Borno Governor, Kashim Shettima has given approval for immediate recruitment of two thousand teachers who will teach in more than 40 newly built and other reconstructed schools, Architect Yerima Saleh, the State's head of service has announced.

Saleh, in a public announcement, said forms are already available at the State civil service commission in Maiduguri which applicants can obtain and apply within a deadline of two weeks. He explained that of the 2,000 vacancies for teachers, 800 holders of degrees especially on on science subjects and English Language as well as 200 holders of National Certificate of Education will be employed as permanent teachers. He noted that additional 1,000 persons comprising former school principals, teachers or retired civil servants interested in teaching are to be engaged as volunteer teachers who will also be paid "reasonable remuneration".

The recruitment is to be made through a partnership between the State Government, the world Bank and the European Union through a post insurgent rebuilding intervention identified by Governor Shettima, the head of service also said.

Aside the two thousand teachers, the immediate recruitment will also include 100 admin officers, 100 engineers and 100 nurses, midwives and other health workers, all of whom are expected to be graduates of various areas for between grade levels 10-13 middle cadre staff, Saleh further said.

The head of service recalled that "as per the RPBA Report, a total of 956,453 units of houses, making up 30% of the total stork of houses in the State were destroyed. In the same vein 5,335 classrooms in 512 primary schools, 38 secondary schools and two tertiary institutions were destroyed. Furthermore, 201 Health facilities, 665 Public Buildings, 726 power sub-stations and distribution lines, 1,630 water sources, including motorized boreholes, head pumps, solar-powered boreholes and facilities were equally destroyed hence the ongoing efforts of Shettima's administration to in partnership with the federal government, local and international development partners, sustain aggressive efforts to fix different sectors particularly education".