a Short Story: The Danger Of A Suit 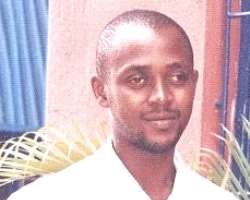 Eziokwu, wearing a suit can put a man in trouble. Years ago, my boss, a wealthy medical doctor and the head of a well known NGO headquartered in Enugu, chose me to represent him at a HIV lecture programme organized by a coalition of anti-HIV/STD university and polytechnic groups at Nnamdi Azikiwe University, Awka. Since I was barely three weeks old on the job, I was determined to make a lasting impression. I arrived in the office dressed in an elegant black suit and matching shoes any banker would have envied. My boss smiled at my sartorial display. ‘‘Don’t allow the girls take you to their hostel after the programme,’’ he bantered. His smile widened at my flawless rehearsal of his speech. I left the office as pleased as a much sought after palmwine tapper.

The president of the host university group received me like royalty. My lecture was a resounding success and all questions fired by the students got rocket-propelled answers. When it was over, the packed hall rose to applaud.

As I was thinking that was the end of the matter the emcee took the microphone and announced that the launch of the coalition magazine would begin shortly and that ‘the erudite, handsome and glamorously attired representative of Global Health Network, Mr. Chike Oka, will chair the occasion.’ I nearly collapsed as two sultry ladies who would have led the Pope into temptation rose to usher me to the high table amidst applause.

Nobody said anything about a magazine launch. All I had in my pocket were my transport fare and lunch allowance. There was no honorarium for the blowing of grammar. My brain raced as I tried to figure a way out of this ’guillotine.’ These college students did wonderful work for our NGO; the type which immensely pleased our oyibo sponsors and thus added dollars to our coffers. Anything that would keep them sweet would not be taken lightly by my boss. But I could not commit him to this launch without his say-so. I dared not commit myself either; this was my first job and I had not even received my first salary! The sweat I mopped from my brow with my handkerchief had nothing to do with the weather as I joined the other notables at the high table, mainly student union leaders and lecturers who were giving me glances as if I was Bill Gates’ right hand man. The common belief on campus was that our NGO‘s cornucopia never ran short of ‘bread’ and my suit gave credence to that assumption.

Soon it was time for the main event. But then the gods save those they love. Just before the emcee handed me the microphone one of the beauty queen ushers rushed up to him and whispered in his ear. He frowned and came to me, closely followed by the handsome, suave president. They whispered earnestly to me.

‘‘The Vice- Chancellor will be here shortly, sir. He accepted to chair this event but we were not sure he’d make it. Hence we needed a stand-by chairman. Please, please, we’re sorry. Forgive us.’’

Forgive? Man, I would have hugged them.
‘‘That’s okay. I understand. Be assured I‘ll get back to you with my widow's mite very soon.’’ My smile would have earned me a post as Nigeria’s representative at the United Nations.

As I left the hall with a small bag of the snacks my hosts had thoughtfully packed for me I glanced at my suit and decided that this yeye white man’s clothing would no longer grace my body carelessly.