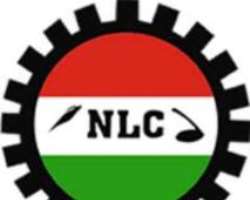 Workers in Osun State have embarked on a 3 days warning strike from tomorrow over the deplorable condition of workers and pensioners in the state.

The leaders of labour union movements including Nigeria Labour Congress, (NLC), Trade Union Congress (TUC) and the Joint Public Device Negotiating Council (JPSNC) declared the strike in Osogbo after a meeting on today.

According to the statement, "sequel to various correspondence and discussion between government and labour union movement, bothering essentially on the deplorable condition of workers and pensioners in the state to which the state government has not responded, positively and refusal to meet the request of the movement as contained in our letter of August 7th through which 21 days ultimatum was issues to the state government, the ultimatum expires today, August 28, 2018."

"The leadership of the labour unions in the state hereby direct all workers in Osun to embark on warning strike from Wednesday, August 29 to Friday, August 31st, 2018."