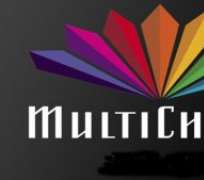 DStv is a Sub-Saharan African direct broadcast satellite service owned by MultiChoice. The service launched in 1995, provides multiple channels and services to its more than 11.9 million subscribers.

An official of DStv, who declined to give his name because they had been asked by the company not to speak on the issue, confirmed to the News Agency of Nigeria (NAN) on Friday that subscribers still pay the increased rates.

“The case is being reviewed at the moment and there are some information that I cannot disclose.

“But as it is, for all of the DStv subscriptions, the price still remains at its increased rate price list.

“I do not have any information as to how long it will take to review the prices but the case is being reviewed in the court with the business and legal experts,” he said.

However, on Monday, Justice Nnamdi Dimgba granted an injunction restraining the video entertainment and Internet Company from implementing the new rates.

The court also restrained MultiChoice from any conduct capable of interfering with the regulatory process of the Consumer Protection Council (CPC).

The restraining order was issued in respect of Suit No FHC/ABJ/CS/894/18 brought before the court by the CPC following public outcry.

NAN recalls that in March 2015, DStv announced a 20 per cent increase for all its satellite pay TV bouquets in Nigeria, which took effect from April 1, 2015.

NAN also recalls that an order of interim injunction restraining Multichoice from enforcing the planned increase was granted by Justice C.J. Aneke of the Federal High Court in Ikoyi, Lagos.

Inspite of the ruling, DStv went on to implement the increased prices with the defence that the Court order was granted on April 2 after price increase had taken effect on April 1, 2015.

The Director-General of CPC, Mr Babatunde Irukera in a statement on Friday unveiled a special channel for receiving complaints for customers who could not renew their subscriptions at old prices.

“The Council is setting up a special channel for receiving complaints for this purpose.

“This is in view of the continuing and increasing complaints that consumers are unsuccessful in renewing subscription in compliance with the order of the court, even after service of the order upon Multichoice.

“As such, any consumer who has, or is experiencing this challenge should please send an email to multichoice[email protected] , stating relevant information.

“The information should include smart card number, name, telephone number, date and time of failed attempt to pay, supporting same with relevant evidence such as a screenshot or document (where necessary),” Irukera said.