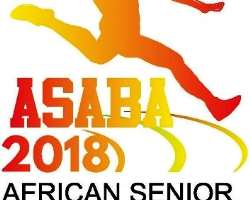 Barely 24 hours after the Africa Senior Athletics Championship Competitions came to an end, about 500 casual workers engaged by the Local Organizing Committee (LOC), led by Mr Solomon Ogba and the Delta State Sports Commission Chairman, Tonobok Okowa, on Monday, allegedly escaped from been lynched by the irate protest over alleged unpaid wages by their employers.

The protesters including menial workers and private security guards trooped to the streets of the Delta State capital and blocked the popular Nnebisi road where the stadium is standing.

Most of protesting casual workers, it was learnt, were engaged by private consultants, including Dambiri Global, Top Private Security (TPS) and Force Guard (FG) that got contracts from the LOC headed by Ogba and the Chairman of the state’s Sports Commission, Tonobok Okowa, who doubled as the Vice Chairman of the LOC.

Hurling abuses on the organizers of the athletics showpiece over their il-treatment, the protesters threatened to cripple commercial activities in the metropolis, and indefinitely block the stadium entrance until their demands are met.

It took the intervention of soldiers and men of the Eagle Net of the state police command before they were evacuated from the road to the premises of the sports commission.

Some of the protesters who spoke to our correspondent on ground of anonymity for fear of been victimized, lamented that they were made to resume cleanup as early as 5:30am and close after contingents, Very Important Persons (VIPs) and spectators had left around 8.30pm daily.

“We became angry after the N25, 000, being the total amount for the five days, was slashed to N7, 500, and some persons were shortlisted for N6, 000. We were promised N5, 000 for a full day work. We resume 5.30am and close around 8.30pm. We fetched water with buckets for three days after the stadium overhead storage water tank collapsed which was not the initial agreement.

“To get our money again today (yesterday) became a problem because they felt they have used us and they can dump us,” they disclosed.

Another who said he did the job of a guard said he got the information of his boss wanting to short pay him.

He expressed shock that they were subjected to inhuman treatment immediately the event came to a close last Sunday night.

“We provided security throughout the event. Prior to the championship, we were trained for two weeks without pay, accommodation and feeding. No provision was made for our transportation and feeding during the five days. Now, the event has come and gone, someone, somewhere wants to shortchange us,” he said.

They said peace would not exist unless they were paid according to the initial agreement during training.

But a member of the LOC, Moses Etu, who addressed the angry protesters, calmed them down, saying that they would all be paid their entitlements “just give us some time”, he said.

According to him, the numbers of persons engaged were much, saying that the LOC would need time to ensure that the athletes were airlifted to their various destinations first.

As at the time of filing this report, the chairman of the LOC, Solomon Ogba, a Deltan, could not be reached as he allegedly fled the stadium in the heat of the protest to Elumac Hotel from where he was purportedly whisked to the airport.