MRA Inducts Bank of Industry into ‘FOI Hall of Shame’ for Shrouding its Operations in Secrecy, Violating FOI Act 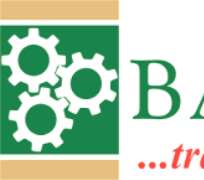 LAGOS, Monday, August 6, 2018: Media Rights Agenda (MRA) today inducted the Bank of Industry (BoI) into its Freedom of Information (FOI) Hall of Shame over the institution’s preference for shrouding its operations in secrecy while completely disregarding its duties and obligations under the FOI Act, 2011.

In a statement released in Lagos today, Mr. Idowu Adewale, MRA’s Programme Officer, said the Bank had deliberately refused, neglected or failed to comply with any of its obligations under the FOI Act over the last seven years thereby shielding itself from public scrutiny and depriving Nigerians of their right to access information about its activities, businesses and operations.

The Bank, which describes itself as Nigeria’s oldest and largest development financing institution, was restructured in 2001 out of the Nigerian Industrial Development Bank (NIDB) Limited. Its primary mandate is to provide long term financing to the industrial sector of the Nigerian economy.

Mr. Adewale said: “The Bank of Industry is strategically placed and its management has the golden opportunity to stimulate industrial development in Nigeria. One of the ways it can effectively do this is by building public trust and confidence in the institution if it chooses to be transparent and accountable. But it has instead chosen to cast doubts and suspicion over its activities by refusing to comply with its obligations under the FOI Act.”

According to him, “The Bank has refused to publish and disseminate important categories of information, documents and records that Section 2(3) and (4) of the Act specifically requires it to publish and disseminate widely in various forms. These include a list of all classes of records under its control in sufficient detail to facilitate the exercise of the right to information under the Act; documents containing final planning policies, recommendations and decisions; documents containing information relating to the receipt or expenditure of public or other funds of the institution; and documents containing the names, salaries, titles and dates of employment of all employees and officers of the institution.”

Mr. Adewale noted that the Bank has also failed to publish and disseminate its lists of files containing applications for any contract, permit, grants, licenses or agreement; lists of materials containing information relating to any grant or contract made by or between the institution and another public institution or private organization.

Describing the Bank’s refusal to publish these categories of information as a blatant disobedience of Section 2 (3) and (4) of the FOI Act, Mr. Adewale said: “These categories of information, if published by the Bank, will make it possible for entrepreneurs and industrialists to get a full understanding of the operations of the Bank in such a manner that they will know what to do to access funds from it and help turn the country into an industrialized and technologically developed nation.”

He said the Bank had neither designated an FOI Desk Officer nor disseminated the title and address of such an officer of the institution to whom applications for information under the Act should be sent, adding that “This is obvious from the fact that the information is neither available on its website nor in the database of contact details of the FOI Desk Officers in public institutions compiled by the Office of the Attorney General of the Federation. This failure breaches Section 2(3)(f) of the FOI Act.”

He also accused the Bank of “a clear defiance” of Section 29 (1) and (2) of the FOI Act and the provisions of the Revised Guidelines on the Implementation of the FOI Act issued by the Attorney-General of the Federation, saying that “for seven consecutive years since the coming into force of the FOI Act, BoI has consistently defaulted in submitting to the Attorney-General of the Federation any report on its implementation of the Act while also failing to make any such report available to the public.”

He explained that all public institutions are required to indicate in their annual FOI implementation reports to the Attorney-General of the Federation, the number of requests for information that they received during the year under review, the number of such requests that they processed and granted or denied, and how long it takes them to process requests for information, among other details that they are expected to provide.

Mr. Adewale said: “From the shortcomings of the BoI in the implementation of the FOI Act as highlighted, it is doubtful if it even records and keeps information about its activities, personnel, operations, businesses and other relevant information, as required by the Act.”

He advised the Bank that it still “has the opportunity to make amends and write its name in gold in the Hall of Fame.”

Mr. Adewale, however, called on relevant oversight agencies to rise up to their duty of ensuring the implementation and enforcement of the FOI Act and ensure that BoI, as well as all other institutions covered by the Act, comply with their obligations under the Law.

Launched on July 3, 2017, the FOI Hall of Shame shines the spotlight on public officials and institutions that are undermining the effectiveness of the FOI Act through their actions, inactions, utterances and decisions.