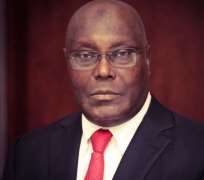 The Peoples Democratic Party, PDP, has clarified reports making the rounds of its exclusion of former Vice President, Atiku Abubakar from the presidential race.

The National Publiccity Secretary of the Party, Kola Ologbobiyan said Atiku was still part of candidates being considered for the party’s presidential ticket.

Ologboniyan disclosed this on Twitter while responding to a tweet. According to him, no one will be stopped from contesting for the presidential ticket. He wrote: “Atiku excluded from the Presidential race -this is a misleading story/tweet. “Everyone and anyone in our great party is free to contest any position he/she deems fit.”