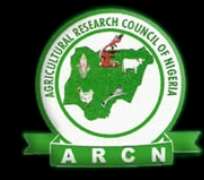 Lagos, Monday, July 30, 2018: Media Rights Agenda (MRA) today named the Agricultural Research Council of Nigeria (ARCN) this week’s inductee into the “Freedom of Information (FOI) Hall of Shame” for consistently violating the provisions of the FOI Act over the past seven years, thereby denying Nigerians the right to information in the agricultural development sector.

The ARCN was established by the Agricultural Research Council of Nigeria Act of 1999 with its functions including preparing annual budgets for agricultural research, training and extension programmes of the institutes under its aegis and receiving grants for allocation to agricultural institutes for the implementation of their annual programmes as well as to universities and other bodies for special research or training projects.

Announcing the induction of the ARCN into the FOI Hall of Shame in a statement in Lagos, MRA’s Programme Officer, Mr. Idowu Adewale, highlighted several failings of the public institution regarding the implementation of the FOI Act which led to its censure by MRA.

According to Mr. Adewale, there is no information on ARCN’s website regarding the fund allocations for agricultural research purposes; the receipt or expenditure of public or other funds of the institution; the names, salaries, titles, and dates of employment of employees and officers of the institution; the list of files containing applications for contracts, permits, grants, licenses or agreements, among several other categories of information, records and documents listed in Section 2 (3) of the FOI Act that must be proactively published by every public institution.

He criticized the ARCN for its lack of responsiveness to requests for information from members of the public, citing in particular, its refusal to respond to an application for information dated August 2, 2016, submitted to it by Public and Private Development Centre (PPDC), a non-governmental organization based in Abuja, for a list of the contracts awarded by the ARCN in 2015 and its procurement plan for 2016.

Castigating the ARCN for refusing to respond to the application and failing to provide PPDC with the information it requested, Mr. Adewale said: “At a minimum, this information should ordinarily have been published on the institution’s website as part of its proactive disclosure obligations under the Public Procurement Act, 2007 as well as Section 2 of the FOI Act. It was its failure to comply with its proactive disclosure obligations that necessitated the request for information from PPDC, which the ARCN also chose to ignore”.

Mr. Adewale said the Federal Attorney-General’s 2017 Annual Report on the Implementation of the FOI Act submitted to the National Assembly on March 27, 2018 shows that ARCN has failed to submit its annual FOI implementation report for 2017, making it the seventh consecutive year that the institution has failed to comply with its reporting obligation since the Law was enacted.

He described the consistent flouting of Section 29 of the FOI Act by ARCN as an “unjustifiable and unacceptable act of impunity, which should not be allowed to go unsanctioned.”

Citing the “Database of FOI Desk Officers in Public Institutions in Nigeria,” recently released by the Attorney-General of the Federation, Mr. Adewale said “the document is further proof of the ARCN’s determined commitment not to implement or comply with the provisions of the FOI Act” as it shows that the institution has also disregarded the provisions of Section 2(3)(f) of the Act, which requires every public institution to designate an appropriate officer as well as to publish the title and address of such an officer to whom applications for information by members of the public should be sent.

According to him, the ARCN is also in breach of Section 13 of the Act, which mandates every public institution to ensure the provision of appropriate training for its officials on the public’s right of access to information and for the effective implementation of the Act.

Mr. Adewale stressed that “the breaches of various provisions of the FOI Act by the ARCN and the persistent disregard by the institution of its duties and obligations under the Law go to show that it is hell-bent on undermining the effectiveness of the Act while its actions are constituting a setback for agricultural development of Nigeria.”

He called on the National Assembly, in exercise of its powers as the ultimate oversight body in the implementation of the Law, to institute measures to ensure that the ARCN and other public institutions which are failing to comply with their obligations under the FOI Act are compelled to fully implement the Law.

Mr. Adewale also urged the Executive Secretary of the ACRN to acquaint the institution’s staff with their duties and obligations under the FOI Act and take urgent steps to implement them, including by using its website to make information available to citizens, especially farmers so that they can harvest vital information that is geared towards agricultural growth and development in Nigeria.