The academia: a season for the examination of conscience 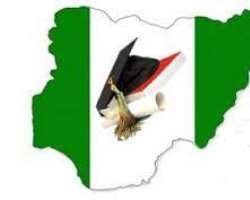 Some 2018 years ago, Jesus Christ declared that only the truth could, (and still can) set us free John,8:32)and not long after that declaration, the Pilate asked him: what is the truth( Jn, 18:38). Still on the issue of truth, our people say that the best truth is the one which somebody says to himself. This self-truth comes from introspection or what we call examination of conscience in the Catholic Church. This is the process through which onn reviews his actions and inactions, behaviours, speeches or silence and even thoughts, to sincerely ascertain, using the ten commandments, other divine injunctions and the teachings of the church, how far he or she has run foul of the divine law to love God and man. The process is very similar to what Moslems call Muhasaba, or self-reflection. This write-up is not about the theology of truth or a foray into the spiritual and religious realms. However, it is noteworthy that most often, the various dimensions of our existential reality are intertwined

Back to our elders, they also say that people commit regularly several jail-able offences and that the only reason why we are not all in jail is that there are not enough jailors around or that the jailors are tired of jailing people. Nigeria is a country where government officials and institutions work overtime to ensure that their employees always have more than enough reasons to go on strike. The only savior we have in this matter is that the workers are tired of going on strike. Once in a while, ASUU gives the government a little bit of what it deserves by declaring total, comprehensive, and indefinite aluta.In doing so, they usually catalogue the failings and failures of government officials and institutions and they take a longitudinal view of such issues, telling everybody who cares to listen how long each particular infraction has been going on. On such occasions, I usually expect the commentators, including my friends in the media, to dispassionately examine the issues at stake, call the government to order and encourage the ASUUists to fight to finish under a no-retreat-no-surrender regimen. However, most often, they would ask the ASUUists and university administrators, to be considerate and in particular to remove the log from their eyes before shouting about the speck on their neighbours eyes. In such instances, they mention sexual harassment (as if it does not happen in media houses or in ASO Rock!), declining quality of outputs, totalitarian tendencies of some kabyesis( sorry, VCs) in the system and other allied failings of the university system.

Well, I believe that the universities have harkened to these admonitions, have undertaken deep examination of conscience, and are acting accordingly. I have three evidence to support my assertions. On 16/4/18, a former vice chancellor of Michael Okpara University of Agriculture, Umudike, Prof. Ikenna Onyido, publicly blamed the drastic drop in quality in Nigerian universities, on internet or China Professors, who plagiarised their way up the promotion ladder in an absurd situation in which traditional rulers and men of influence lead delegations to Vice-Chancellors, in order to plead for their son or daughter to be made a professor. That was in his keynote lecture at the 55th meeting of the Committee of Deans of Postgraduate Schools in Nigerian Universities (CDPGS), which held at the Nnamdi Azikiwe University, Awka. He also bemoaned the increasing churning out of “counterfeit PhDs,” which he believed posed a greater threat to the country than Boko Haram and herdsmen, in the long run. Strong words indeed! While I may not agree with the TKO (technical knockout) given to professors by a follow professor, this surely evidences an examination of conscience and self truth-telling of the first order. But that is at a personal level.

At the institutional level, two recent developments evidence this new trend of self-examination and truth telling. Starting from the most recent, the Lagos State University, has just assisted a female student to catch in the act, an associate Professor, who was trying to reap where he was not the registered farmer and thus, had no PIN! In this instance, the lecturer invited a female student to his office on a Saturday to rewrite a course which she had purportedly failed and immediately pounced on the lady and was caught in the very act! I am not aware that the university has concluded its investigations but the fact that the system facilitated the apprehension of the lecherous lecturer is good enough. The other matter was a similar case of sexual harassment at OAU, in which the university acted with commendable dispatch, as the highest university body composed of professors agreed to throw their follow professor into the dustbin of academic history. We also await the outcome of a similar case at UNILAG, involving a high ranking professor,( former VC, former commissioner, former…) who was so powerful that his student named him the head of the principalities in the department of English! In these cases, the universities did what they should do, without minding that their colleagues and vicariously, their collective image, is at stake.

I believe these are heartwarming developments. The university community is examining itself and undertaking some self truth-telling. At least, when we undertake another ALUTA, the variables with which people blackmail us would have been drastically reduced.

Other Matters
When, in 2015, I said that the APC was not a political party but an agglomeration of desperate and disparate individuals, some people accused me of talking too soon. When two months ago, I prophesied the imminence of the nAPC, some of my friends asked me to face my face. Well, the wind has blown… In the article on impending arrival of nAPC, I had asked and then what?( From nPDP to nAPC and then what?: BusinessDay, 25/5/18)). That is the question I am still asking today( 24/7/18), following the political abracadabra that occurred at the National Assembly as I was concluding this piece. How can we allow people to eat their cake and have it? How can a group of greedy unprincipled fellows jump from PDP to APC, enjoy the unmerited dividends for four years and then jump back into the PDP with the hope of seizing power and enjoying political dividends for another four years? And we allow them to do so effortlessly? Abi, our mumu never do? Meanwhile, I call on everybody to note the role of the security agencies in the whole sordid affair. This is just the beginning!