Huriwa’s Call For The Sack Of Inec Chairman Over Ekiti Govrnorship Election: The Voice Of Jacob, The Hand Of Esau 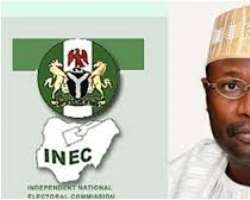 The statement by self-styled ‘Human Rights Writers Association of Nigeria’ (HURIWA) published on Tuesday July 17, 2018 calling for the sack of the Chairman of the Independent National Electoral Commission (INEC), Professor Mahmood over the July 14, 2018 governorship election in Ekiti State is curious. But this is not surprising to discerning watchers of the Ekiti election, especially as it struck a familiar cord and coming from a group with a dubious track record. HURIWA has been linked in the past with hatchet jobs and mercenary undertakings.

HURIWA is reported to have predicated its call on what it termed ‘overwhelming evidence of monetary inducements and the failure of officials to stop same.’

It is not clear if HURIWA had a team on the ground to independently observe the Ekiti election. For a group to make such a categorical statement about the Ekiti election means that it was on the ground and observed the actual conduct of the polls. It will be interesting if HURIWA can show evidence of accreditation by INEC. Otherwise, its assessment fall far short of the standard they expect from the INEC.But it is on record that all accredited credible independent election observer groups- local and international- were unanimous in their verdict that INEC performed satisfactorily in its preparations, conduct and overall management of the Ekiti election.

It was widely acknowledged that there was visible, tremendous improvement in INEC’s performance this time in comparison with its performance in previous recent elections, especially in Edo and Anambra.

The only strange exception to this consensus was the dubious report by a certain unknown group which raised false alarm and went the extra mile of ‘rejecting’ the outcome of the election on behalf of the PDP and urged the party to challenge the election at the tribunal. While it is within the prerogative of PDP to reject and challenge the outcome of the election in court, it is strange for a self-acclaimed civil society group to say it rejected the outcome of an election on behalf of a political party. So much for an independent election observer group! It is not a coincidence that HURIWA’s position is in tandem with the posture of this clearly mercenary group of strange and lucre-driven elements.

Unless HURIWA can confirm that it was accredited to observe the Ekiti election by INEC, its views can at best be regarded as hearsay because it was not there, or perhaps, a deliberate misinformation to justify its illegal presence in Ekiti on behalf of vested interests. Whichever it is, the onus is on HURIWA to show proof that its assertions are derived from observations and data genuinely gathered from the field .

In HURIWA’s reported statement, jointly signed by its National Coordinator, ‘Comrade’ Emmanuel Onwubiko and the National Media Affairs Director, Miss Zainab Yusuf, the organization insisted that the alleged failure of INEC in the conduct of the Ekiti election was an indication that the electoral body lacks the capacity to conduct 2019 polls. Yet, every other observer of the electoral process in Nigeria is seeing incremental improvement in the management of elections.

HURIWA further warned that if the current alleged ‘incompetent and compromised hierarchy’ of INEC under Professor Yakubu Mohmood and the ‘heavily compromised security chiefs are left intact to oversee the 2019 general election then the national security of the nation maybe imperilled even as vote-buying may spark off widespread riots.’

It will be interesting to understand the basis for HURIWA’s conclusion and its prediction of ‘widespread riots’. But it is notable that this claim is similar to what we have repeatedly heard from some desperate and disgruntled politicians before, during and after the Ekiti election.

Clearly, there was a major problem with the Ekiti election and every rational organisation- local and international- that monitored the election identified the problem and correctly placed the blame on the appropriate quarters, not INEC.

It is rather strange that an organisation that lays claim to objectivity could lampoon INEC Chairman over the desperate actions of politicians when every other group involved in the monitoring of the electoral process has commended INEC- especially its Chairman, for his demonstrable commitment to free, fair, credible and peaceful election. Well meaning groups have made recommendations to INEC on how it can and should further address the emergent sore point in the electoral process- vote buying.

It has been acknowledged that as a result of INEC’s innovative measures, ballot box snatching has almost become a thing of the past. And having seen the futility of ballot box snatching, politicians have perfected and resorted to the next stratagem of voter inducement through vote buying. This, by no rational means, can be blamed on INEC. And well-meaning and rational Nigerians who understand this new phenomenon have begun to engage with INEC and patriotically seeking ways to assist INEC to take the next step to address the new trend which undermines electoral integrity. Virtually all the election observers identified election buying as the new sore point in our electoral process intensified by politicians after INEC successfully made ballot box snatching counterproductive to politicians who continue to embark on it. Every other observer has also identified the fact that desperation by politicians to win at all cost is a major concern, just as is the seeming helplessness of security agents to rein in politicians engaging in vote buying.

How can the misconduct of political parties justify the call for the sack of INEC Chairman, a man who has demonstrated genuine commitment to restoring electoral integrity and has demonstrated a determination to remain impartial in the management of elections in the country?

Since it is clear that both APC and the PDP were involved in vote buying, on what grounds then would HURIWA blame INEC or ask PDP- which is has become its mouthpiece- to reject the outcome of the election?

The motive for HURIWA’s position is suspicious. It sounds mischievous and self-serving. The closest that INEC could have done would have been to cancel the entire election, since, as even HURIWA admitted in its statement, ‘…the legitimacy of the Ekiti governorship election is vitiated by widespread irregularities characterized by open vote buying by political parties with the highest bidder getting the highest number of choreographed votes’.

Again, how can anyone reasonably blame INEC for this?