2019 General  Election And The Looming Failure. 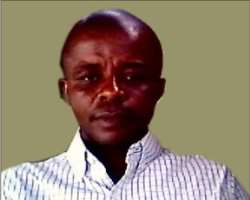 Demystifying the time-honored saying that; ‘the powerful never lose opportunities-they remain available to them, that the powerless on the other hand, never experience opportunity – it is always arriving at a later time, remains a remarkable political lesson Nigerians gave to the world in 2015.

The lesson was predicated in the way and manner the ‘poor masses’ against all permutations voted the then ruling People’s Democratic Party (PDP) out of its preeminent position after sixteen years reign and, had them replaced with the All Progressive Congress (APC).

Three years after the feat was achieved, the nation’s political space has again become ‘hot and cold’ breeding different political off-springs with the Reformed All Progressive Congress(R-APC) emergence as the newest.

While this is ongoing at the parties’ enclaves, a higher level of intrigue like that of 2015, seems to be brewing among Nigerians irked by the leaders’ inabilities to create a government that works better and costs less as promised.

The people’s grouse, looking at commentaries is hinged on the feeling that their interests and opinions expressed over time has neither evoked positive response from the government nor the government made a conscious attempt to enter into their lives and participate in their struggle- eliciting accusations that the present crop of leaders manipulates, and undermines the viability of democracy customarily designed to stand on the tripod of; openness, reliability and responsiveness.

In line with the above table of ideology, Nigerians from the analysis of their recent actions have understandably become more courageous than conscious and, are no longer ready to assist the government covers its shame.

Supporting the above sentiment is that in recent times and in the clarity of our visions, our leaders took some steps/decisions which I will safely describe as disastrous in the following areas; security, justice, and fairness, human survival, peaceful coexistence of the nation.

Actions, that prompted Nigerians with discerning minds to conclude that with the way the country is stumbling and fumbling from one crisis to the other without any response to permanently solve our national problem through restructuring, the present administration has become anything but intellectual.

To really appreciate the feelings of people, it is a common knowledge that hitherto, Nigerians were uninterested in entering the political fray themselves, but instead, relied on politicians whom they felt would ensure their security and stand-up on their behalf against poverty and unemployment.

But with the current realization that their lives means little or nothing to the people they voted as leaders, that their security is afterwards in the hands of God via prayer, that the leaders preoccupation is the politics of ‘permanent recession’, and without road-map for tackling youths unemployment; as a consequence, the people are looking up to 2019 as a year set aside to settle both ideological and political scores with these ‘leaders’ if something dramatic is done to correct the deeply seated abnormities in the country.

Also as an effect, the government’s failure to practice ‘deliberative democracy’, has transcended the vast majority of Nigerians from the bondage of myths and half-truth to the unfettered realm of creative analysis and objective appraisal of events, prompting democratic ambush against these leaders as the nation races towards 2019 general election.

As we know, this sudden turn of events may not be new to a good business student as in every business environment, it is a conventional belief that ‘if a business fails to adapt quickly to new challenges such business is likely to face its own form of extinction, just as anyone that fails to search for his potential leaves his survival to chance.

Indeed, there are countless examples of government’s inactions that is propelling this looming failure but understandably, the most radical that comes to mind aside the failure of the government to guaranty security of lives and property which of course has become a reality that Nigerians now worry about, and an embarrassment at the global stage, is the leaders failure to remember that ‘corruption destroys and breaks that trust which is absolutely essential for the delicate alchemy at the heart of a representative democracy’.

Adding fire to the controversy is their inability to promote quality education /human capital development as the 2018 budgetary allocation to the sector exemplifies; an action that has since harmed the ideals of public good and weakened the fabrics of our democracy.

From a broader spectrum, the above decision reputes our leaders and stands as a sign that our nation does not subscribe to the global believe that the future of any nation depends on the quality of its young people, who will provide the future generation of leaders. And sadly, the quality of education on our shores that will act as a vehicle for shaping these youths and make hypermodern nation achievable is being relegated to the background daily. What is more? No hope for the future.

This, probably explains why the vast majority of Nigerians and youths, in particular, go with the notion that their leaders lack what they need.

Further fanning the ‘civil but cooled’ relationship between Nigerians and their leaders is their understanding that leaders of great nations have a systematic way of making people-focused decisions by prioritizing their choices around these three cardinal areas which regrettably forms the rudiment of the challenge.

First and most fundamental is achieving stability and cohesion in their society, Second and very radical, a cultural drive to achieve a thrifty, and always investing the future with high savings for a rainy day and Thirdly, a great reverence for education and knowledge.

Still, at the global stage, this challenging situation heightens when Nigerians remember that it is an age-old belief that for democracy to succeed there must be a relative level of literacy, a growing middle class, and political institutions that support free speech and human rights’, but appears conspicuously missing in our political sphere.

To correct these abnormities in my views, what Nigerians who are the victims of these broken promises wants the government to address these issues/concerns as a nation’s success or failure solidly depends on the way their leaders challenge the unknown and handles the people’s fears.

Above all, the present situation in the country requires in my views a reconsideration of the government’s attitude to the complaints of the people.