...As 2017/2018 academic session deployment to Nigerian universities is filled with non beneficiaries and ghost names
By Hector Spiff 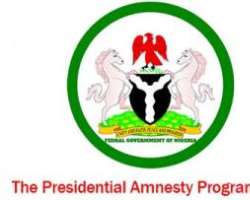 Investigations have revealed that the 2017/2018 academic session deployment of Amnesty Beneficiaries to Nigerian universities was clouded with massive fraud and irregularities.

Sources from the Amnesty Office confirmed that the new Coordinator of the Presidential Amnesty Programme, Prof Quaker Dokubo, on assumption of office set up various committees to look into the current position of all sectors of the Amnesty Programme. During the most recent deployment of Amnesty Beneficiaries to Nigeria Universities, 1,061 delegates were deployed to 10 Universities.

The committee setup to review this was to amongst other things find out how the 1,061 students were deployed to the various institutions, 1) whether they are beneficiaries of the Presidential Amnesty Program (PAP), 2) whether their deployment followed due process and any other information that will assist the office.

The revelation uncovered by the committee was alarming. Out of a total of 1,061 delegates/students that were deployed to 10 Universities, only 314 delegates/students were found in the database of the Presidential Amnesty Programme. The committee discovered that the former Head of Education in the office, Major HK Mowarin (rtd), during the hand over process by the former Coordinator of the programme, Gen Paul Boroh (rtd), was compiling names of vulnerable youths and sending them to Universities without following due process.

The Requirements for consideration in the deployment of delegates/students to Universities or training facilities in the reintegration component of the Amnesty Programme are:

1. The delegate must be a beneficiary and must be in the database.

2. There must be a budget for the deployment.
3. The authorisation must be from the Special Adviser after management has given approval.

4. The letter of Sponsorship/Scholarship award to each delegate/student must be signed by the SAPND and not by proxy.

In the case under review, none of the conditions stated above were met. The whole process was initiated, and executed by the then Head of Education - Major Kesiena Mowarin Rtd.

The table below speaks for this position. It was also discovered that some of the Universities were claimed to be charging way more than what was advertised and submitted to the National University Commission as at the time of the said deployment. More worrisome is the fact that while some folios in the file that have to do with this process were removed, some files were totally missing. There was no record of the deployment in the Office of the Special Adviser on Niger Delta. The list of the said deployment was nowhere in the Office of the Special Adviser to the President on Niger Delta & Coordinator, Presidential Amnesty Programme.