#PlateauMassacre: The Portrait of a Failed State Under Nigeria's Evil Ruling Cabal 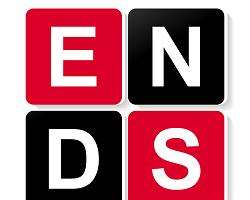 The only president in the recent democratic dispensation who scores an "A" in security and other parameters was late Musa Yar'Adua of esteemed memory. I have celebrated his legacy in an article I published in February of 2014 [ http://ends.ng/umaru-musa-yaradua-the-legacy-of-a-president/ ]. Inheriting terror in the Niger Delta, late Yar'Adua swiftly tackled it with military force and with a constitutionally approved Amnesty. As terror took off in the northeast, late Yar'Adua swiftly discharged Nigerian security agencies to smash Boko Haram, then called "Nigerian Taliban." Before his death, late Yar'Adua had set up long term peace building plans for the north which included religious and cultural interventions, to check the reemergence of terror. Plans Jonathan abandoned. Apart from Yar'Adua, all other Nigerian rulers of the fourth republic have scored shameful F9s.

Buhari
I think what is most shameful about Buhari today is the fact that he is counting and comparing deaths with the PDP-Jonathan administration many of us worked very hard to get rid of. How pathetically low! Apparently, the only thing Buhari sees or respects is the dead PDP whose worst are all now in the APC or protected by it. He does not see us masses, the dying, injured and bereaved, and his sworn and paid duty to protect our lives with the resources of the state.

Buhari is directly to blame for the deaths in Nigeria. The undenied fact that under Buhari, Nigeria's police is not only short in staff and under financed but of the few police available, Commander in Chief Buhari has allocated most, 80% to protect only the wealthy cabal, leaving nothing to secure the masses, is a direct, impeachable indictment of the president.

Just this week, US media touted the swift response to a shooting at a media house in Annapolis. The police were on the scene to neutralize the attacker in 60 seconds. 60 seconds! When terrorists attacked 11 villages in Jos, no security response was reported for a full 7 hours! Staying away from calling this a government-conspired massacre, the lack of response in a full 7 hours is in itself implicative. In any decent country, this deadly failure would have brought about immediate resignation of the president and security chiefs.

Buhari's failure to proscribe herder-linked terrorism as he "unjustly" eagerly did IPOB and the Shia minority Muslims is another indictment and provocation of terror by the president. It is no surprise that a video emerged in which supposed Fulani terrorists were seen chanting "sai Buhari" [ https://youtu.be/Hr-7-CpEhQI ]. By the Buhari government refusing to call these terrorists what they are, "terrorists," and defending them as "mere criminals," Buhari encouraged and emboldened them. By also refusing to proscribe them, he drew their praise and worship. Even if the video is fake, the truth is no different. Buhari even recently, according to reports in the media, promoted their acts of terror by saying that had he not gotten a job in the army and government, and had he lost his earnings-cattle, he would possibly have been one of them, killing and terrorizing across the country. There is no greater degree of patronage and promotion of terror than this statement attributed to Nigeria's president. Indeed he should resign or be impeached in the best interest of recovery and peace in Nigeria. This is a patriotic and not political statement. Nigeria's need pick up that word and drop the insane political lenses given them by the cabal, which they now use to view everything which helps the nation remain in ruin.

Buhari's police chief recently announcing that he will not go after the Fulani-linked terrorists is yet another indictment of the government. Again the defense minister and police chief, rather than doing their duty to protect the state by arresting the culprits, and staying out of politics and policy, gave impetus to the Fulani-linked terrorists by discussing anti-grazing laws state administrators decided to impose. This is barbaric and not the way civilized states address issues. This is why we die. Buhari has crippled many of our businesses by raising and setting a new point for the dollar at 360. Should we resort to terror because of Buhari's policy in favor of the cabal who get the dollar cheaper from Godwin Emefiele?

Again, clearly indicative of how the cabal usurp all Nigeria'a police is the recent ruling-APC violent convention. These soul-less cabal usurped 5000 police, 1500 road safety officials and an untold amount of "thousands" of soldiers, SSS and others; perhaps a total force of 15,000 to protect a "filthy 7000," while enabling a blood sacrifice in under-policed Jos villages to coincide with their meeting. Did you hear of the thousands of officers there arresting a single of the thugs that demonstrated their terrorism at the convention? If the thousands of law enforcers did not make a single arrest of the terrorists at the convention, it means they are not law enforcers but hired bodyguards for the APC/cabal. What an evil waste! This is what Nigeria's police have been turned to. This is why we die.

Miyetti
A purported statement made by Miyetti cast darkness over Nigeria. But while Miyetti scrambled to retract the shameless statement, the truth is that this is not the first time Fulani groups including Miyetti and their patrons have openly defended the resort to Above-the-law resort to self-help terrorism by cattle herders.

Rather than command herders and Fulani who believe they have been wronged or who have lost assets, to go to the police as we do, Miyetti's self announced Patron, Kano Emir Sanusi Lamido Sanusi inevitably defended the acts of counter terror and carnage by proposing that the Miyetti-linked terror was a result of underreported and unaddressed infractions against cattle herders in various states. We are all victims of injustice. All Nigerians have lost lives and property due to the failures of administrations Sanusi has been and not been part of. Monetary policies by the Central Bank that have enriched the cabal have destroyed our businesses. Item bans and corrupt OFREX subsidies as we have currently, have in Sanusi's words, "made cabal billionaires overnight," which would automatically mean, making the masses poor too overnight. In Patron Sanusi's world, should we masses whise businesses folded like some cattle rearers, resort to self-help and be justified if we kill those we blame for our predicament?

Miyetti has announced more threats including after new laws by the Benue state government. In an article titled "Herdsmen Kill In Self-Defense" published in the Punch in 2016, Miyetti leadership said,

“The cattle rustlers have displaced the Fulani in Katsina, Zamfara, Kebbi, Kaduna, Nasarawa, Plateau and Benue and in some parts of Kogi. Millions of cattle have been taken from these herdsmen. So when somebody says a Fulani man killed somebody, I wonder why? How? It’s only a poor man that fights.

“But you, as the military people, you know self-defence is an art. In the military, if you are attacked you have to defend yourself. You have been squeezed; you have to find a way to survive.” [ http://punchng.com/herdsmen-kill-self-defence-says-miyetti-allah/ ]

It was not the first or last time Miyetti and other Fulani cattle rearer groups would describe what they saw as a war they were waging in sovereign Nigeria.

In another article captioned, "EXCLUSIVE: Why we struck in Agatu — Fulani herdsmen", published in PremiumTimes in March of 2016, under the Buhari administration, Gan Allah Fulani Association, "an umbrella body of Fulani associations in Nigeria," is reported to have said:

"In an exclusive interview with PREMIUM TIMES, Saleh Bayeri, the Interim National Secretary of Gan Allah Fulani Association, rose in defence of his kinsmen, saying the February bloody conflict in Benue was a reprisal attack by his people against the Agatus who he accused of killing, in 2013, a prominent Fulani man."

The recent interview by theNation which PremiumTimes has NOT denounced but only said they published without proper attribution as they did not conduct the interview which was conducted by theNation, the same message is passed. Fulani herders believe they are above the law and the Buhari government as with governments past treat them so. Perhaps the owners of the billions wort of cattle are the real mighty cabal who own Nigeria and sponsor all of the major political parties, APC and PD. Cleary they are untouchable and they hire an army of nomadic Boko Haram to lay wrath on any village or town where they feel their free grazing economic venture is threatened as they attempt the annex land across Nigeria from farmers.

BBC
The British Broadcasting Corporation just published a quite unprofessional article in which they claimed that "Fake News" was "Fueling the Fulani-Farmer Crisis" in Nigeria. It appears the agency was fed the article, because neither the Fulani, nor the farmers have gigabytes to download images and rely on these images to strike communities or cattle. They could have said that the images were provoking sentiment, but to say it was fueling the crises was a meaningless editorial joke.

Additionally the article described gruesome images as somehow fueling the crises because a few of the images were from other massacres. How does a different massacre image fuel crisis? Do the images from the actual massacre look any nicer? Were the bodies in Jos neatly killed and smiling in death? The ludicrosity of the BBC article makes it highly suspect.

The same funny article also tried to propose in tongue-in-cheek words, that "Ciroma denying" what theNation published of his interview, which theNation has not retracted, made it fake news. No. It is plausible that after we came hammering on Miyetti, a group Emir Sanusi, Sultan of Sokoto and indeed president Buhari are patrons of, Ciroma was forced to retract a dirty blood-loaded statement. This is not what fake news is, this is contested news, but we have precedence as posted above.

The images are necessary, Nigerian youth are lazy and asleep. Nigerians need to be sensitized to the urgency for total and radical revolutionary government update that is not PVC dependent. We need to see and feel death!

You
The final problem with Nigeria is "you." What have you done since hundreds were massacred in Benue? What have you done since 120-218 were massacred in Jos? Did you leave the people of Jos to protest by themselves as you left the people of Benue to protest? If you were too chicken to come out, did you contribute money to feed and transport those who were willing to come out and demand total #SecurityOverhaul, the upgrade of the nation;s security infrastructure, firing of its failed security chiefs, retirement of the cabal and redeployment of the 80% police force IGP Idris admitted were bodyguards of the wealthy cabal, to protect Nigeria's innocent? Or you just sat down and clutched your PVC like a mumu?

I did, even before the Plateau massacre, myself with over a hundred other bold, great, patriotic Nigerians dared to storm Abuja Police Headquarters, demanding total Security Overhaul [ https://youtu.be/lBiMCqU4ipU ]. Perhaps had more of you joined us that day and the days after, the Plateau massacre would have never occurred. Think about this. Think about the role of your silence even online and how you fuel the continuous loss of lives of the weak, old and vulnerable in Nigeria. Every nation rises up...but Nigeria...sleeping in blood clutching PVCs that guarantee nothing and are barely effective only every 4 years.

And finally, please do not ask me what I would have done different if I was president. I have written a list of 20 SERIOUS policy items to arrest loss of lives in Nigeria http://ends.ng/nosecuritynocountry-what-nigeria-must-do-to-stem-the-bloodshed-that-keeps-us-the-most-terrorized-nation-on-earth/ ]

You are the one that can end this bloodshed. You. It is you the poor, hopeless woman in the destroyed village waits for, whose husband and son were gruesomely murdered and who sits with an infected leg, receiving no aid from the callous cabal government that remains at the helm of our affairs in Nigeria.