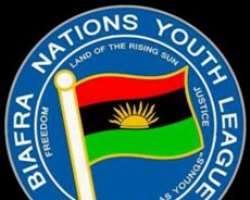 The Biafra Nations Youth League, BNYL, have reacted to the failure by the Federal Government to arrest Leaders of Miyetti-Allah Cattle Breeders Association who stated that the recent killings in Jos was a retaliatory attack.

Deputy Leader of the group, Ebuta Ogar Takon insisted that the Fulani leaders must be arrested like other agitators across the South East and South South are being arrested and detained.

He was reacting to his recent arrest and release in Port Harcourt by the Police two days ago. Takon accused the federal government of aiding killer herdsmen. "This is injustice, a body of Fulani cattle breeders have come out in support of the Plateau massacre, that it was a retaliatory action, meaning it was intentional, but it is surprising that up till now they are yet to be arrested by the Police and DSS".

The group assured that it will respond to any violent activities in South South, and South East by Fulani herdsmen.