Nigeria: In Search of an Ideal Political Philosophy 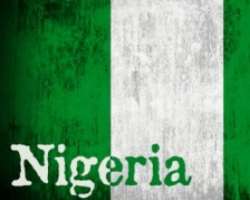 This article was first published on Saturday, August 17, 1991, in the Nigerian Tide. Now 18 years down the line, the issues raised appear to be relevant. In fact, most of the concerns raised in this article have irritated as most of the institutions relevant for good governance have suffered decay, while some have taken a catastrophic plunge.

I therefore take the liberty to reproduce the article with a deep reflections and slight modifications to reflect contemporary realities. It does appear 18 years ago, six areas in our national life have perspicaciously degenerated to the point of overkill. Nigeria cannot move forward until these areas are fixed. These areas are the overall economy, the educational system, corruption, the Party system, the electoral system and foreign policy. I deliberately left out power supply because Nigerian can achieve her Vision 20: 2020 ambition in darkness.

Every human being with a reflective thinking would be dissatisfied with the vagaries and vicissitudes of life as they presently are in Nigeria. Many have come to feel that the present state of the world is not what it ought to be; more are distressed by the growing incidences of crime in the streets, violence by juvenile delinquency, poverty, misery, and by the pressure towards political conformity; most are perturbed by these unfortunate developments, as they threaten the very fabric of the stability, security, and survival of society. Man has therefore continued his fruitless search for an ideal political philosophy.

Over the years, the propensity of man to organize society in the light of understanding has gradually increased in accordance with his moral qualities. As one leafs through the crowded pages of history it becomes obvious that the idea of good government is not only a dialectical necessity, but a telling proof that human beings desire unity as a prerequisite to progress. Thus, when Plato in his Republic saw society as a tripartite class structure; the ruling class, the soldiers and the workers, he envisaged a stable society in which one class would not interfere with another. Rousseau 1712-1778 advocated a radical reform of most existing societies to make men pure in the trinity of thought, word and deed. Karl Marx taking his cue from Hegel-his intellectual ancestor saw society as a class struggle, but in the end the proletariat would dissolve the pseudo-consciousness of capitalist society and introduce true consciousness of classic society. For Marx therefore, the salvation rescue-plan of the working masses lay hid in a revolution. The proletarian revolution inaugurated a hurricane of proletarian revolution in Cuba, Vietnam, North Korea, Yugoslavia and other countries in the socialist enclave.

It was this Marxian notion that informed Lenin, who made a dialectical leap smashed Tsardom, and enthroned socialism of a revolutionary type in which the locus of power rested upon the nascent Russian working class. But now, the socialist option does not seem to satiate the Soviets most of whom have since began to clamour for weeping democratic reforms, as epitomized in Gorbachev’s avowed policy of Perestroika (restructuring) and Glasnost (openness). That, today, Soviet socialism is in a state of dogmatic atrophy is only an indication that in any revolution, counter-revolution, forces are equally at work. Even the French revolution (1789), which made the ordinary man safe from the arbitrary use of power by the sovereign, was only one colossal step taken by man to curb the carcinogenic virus of absolutism, and to strive toward attaining the good society.

In Nigeria, there is no scintilla of doubt that the political jargon democracy has become a household term, but our political experience, since independence has shown that we are yet to learn democracy. There is no denying the fact that during the first and Second Republics, Nigerians had a dalliance with democracy, but both climatic and human factors contributed to tantalize our democratic dreams and aspirations. Western type parliamentary democracy was not faulty in itself; it was the operators that failed us. They joined the bandwagon of the get-rich-quick brigades and did march through the carnivals of Pseudo-parliamentary charade, thus politics was not directed to liberties, nor to social justice, but was seen as a pursuit of office and economic power.

In 2008, the World Bank listed Nigeria as a fragile State with a soft economy, alongside Burundi, Cambodia, Comoros, Congo Democratic Republic, Guinea-Bissau Kosovo and Laos PDR. The fragile States as defined by the World Bank are countries characterized by weak institutions, poor governance, high mortality rate low life expectancy, with maternal mortality rates 20 percent higher than other developing countries. While it may not be patriotic to add to these negative indices, Nigeria’s case is compounded by the fact that the nation does not fit into any of the economic systems such as monopoly capitalism of the West or the command economies of the East. Basically, Nigeria is running a war economy, a risky one for that matter, where economic policies are titrated to rationalize some failed national programmes.

The quality of education in Nigeria has taken a catastrophic plunge. Human capital theorists are agreed that education is catalyst for development; therefore failure to invest in education means a loss of human resource potential, which constitutes an obstacle to progress. Scholars had warned since the Ashby Commission that illiteracy is an impediment to political life and to self-government, which leads to frustration, tension and even chaos. Unfortunately, our society thrives on raw capitalism hence we love wealth and even worship it. We honour those who make money without questioning the means yet we preach morality in State Houses and the pulpits. Even most places of worship have been marketized. As a nation we have not accorded education the priority it deserves.

Nigeria’s GDP investment on education is about the lowest in Africa. With her ponderous wealth, Nigeria, which prides itself to be the intellectual laboratory of Africa, invests only 0.76% on education. Other less endowed nations invest more of their GDP in education. (Angola 4.9%; Ghana 4.4%, Kenya 6.5%, South Africa 7.9%, Malawi 5.4% and Tanzania 3.4%.) This trend has worsened academic wastage, brain drain, decaying infrastructure, low teacher morale, over-crowded classrooms and other challenges that cannot be addressed by academic capitalism.

Those who dare to engage in any intellectual endeavours are treated with some contempt and even mocked. In extreme cases people explain their passion for knowledge, research and scholarship as a mild psychological disorder. At the level of the community, intellectuals are looked upon with some pity as people who pursue theoretical irrelevances that are far away from the real world. That is why in Nigeria intellectuals are merely tolerated and never respected. On the long run, science, research and knowledge are crucified on the altar of funding decrepit bureaucracies. No nation can develop without robust investments in applied research.

We spend public monies to organize series of workshops and conferences yet we pay only lip-service to sustainable development. Now, it is very clear that the Millennium Development Goals (MDGs) are not attainable yet our economic sorcerers, prophets and fifth columnists engage in the intellectual deception of inoculating the vaccines of hope that the MDGs are achievable. In Anambra State, one of the prophets will be crowned Governor through the well-tested PDP magic that would certainly defy all known logic. It now behooves the people of Anambra State to rise to protect their votes.

In the foreign policy scene, there is consensus that Nigeria’s foreign policy is unprogressive and stagnant because the leadership has not been able to define what constitutes Nigeria’s national interest. Critics posit that Nigeria’s domestic ecology does not support her foreign policy posturing as ‘giant of Africa”. Nigeria has been benevolent to other nations while Nigerians are humiliated even among the contiguous States, subjected to xenophobic attacks abroad amidst apathy on the part of the Nigerian government. Nigeria exhibits false generosity abroad in order to create a wrong impression that the political economy is healthy. In Africa, Nigerians suffers rejection and even maltreatment wherever they go. The thinking is that because of the leaders’ inability to define her national interest, the nation has lost its competitive edge in African diplomacy. I predict that this will remain so for as long as our leaders place undue premium on politics rather than good governance. This is the time for Chief Ojo Maduekwe to clean-up the stench and corruption in the Foreign Affairs Ministry if his hands are clean. Sanitizing the mess is the real meaning of citizen’s diplomacy.

Before now, Nigerians used to believe that the party system is still evolving, yet it is at its embryonic stage. Now, Nigeria is gradually degenerating into a one-party State. The trick has been that dominance of one-party presents no competitive ideology and programmes for the people. Democracy can only thrive when we nurture the culture of tolerating opposition parties founded on the basis of sound, progressive ideologies. In Nigeria opposition parties only appear during elections and disappear soon after. Even civil society organizations and non-governmental organizations get dehydrated as soon as their sponsors get embroiled in dirty politics.

The electoral system is fraught with rigging, thuggery and other electoral iniquities, including falsification of election results. I hold the belief that in reforming and re-engineering the existing institutional structure including the electoral system the National Assembly needs to revisit the gray areas in the Electoral Act pronto. The scourge of poverty makes the masses vulnerable to electoral corruption. Engaging the youths in creative endeavours is the only way to balkanize illegal structures of fraud erected by Prof. Maurice Iwu and the PDP. It is only the electorate that can de-iwunize the electoral process.

The National Assembly is not exempted from this conspiracy. The higher institutions have a responsibility for the production of high caliber manpower, and this is the most vital missing link in our national development efforts. Federal law makers can compel government to declare emergency in many sectors such as power supply, education and health and fix the economy rather than subject the system to euthanasia.

The electorate also need a broadened ideological wave-length and re-orientation, since it would take them the wisdom of Solomon to make sound political decisions. Any error of judgment in their choice of candidates could be a great disservice to posterity. The masses should now be taught and won over by reason, not by blows or by sentiments. Furthermore, the moral and human faces of democracy; tolerance, honesty and good social behaviour of the politicians are equally essential.

Nigeria is a bourgeois democracy, in which those who control the levers of power automatically control the mode of production and ensure its supremacy. The bourgeois therefore make laws to ensure and guarantee their perpetual dominance. The primary role of the State then is to disguise the law of the strong as a law purporting to guarantee the good of all.

In the final analysis we must be courageous enough to juxtapose our sacred democratic dreams with real praxis. I have not lost hope in the ability of Nigerians to govern themselves by democratic means, for in the realm of history; past mistakes only offer a great challenge for correction. At this dramatic period of transition to civil rule, emphasis on policy implementation should be shifted from cosmetic to fundamental issues, and leaders should muster up both human and material resources for a sustained economic growth. Now that the nation is navigating the precipice of constitutional crisis, it is indeed the crucial moment to imbibe the tenets of democracy.

John is a contributor on national issues