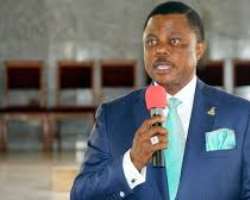 Gov. Willie Obiano of Anambra State has given commercial motorcycle riders popularly called “Okada riders” in Onitsha and Awka until July 1, to vacate the two cities.

This development DAYLIGHT.NG reliably gathered is causing anger and disharmony in the state.

The directive of the governor was contained in a statement on Wednesday in Awka.

The statement signed by Mr James Eze, the Chief Press Secretary to Gov. Obiano explained that the directive followed a resolution by the Anambra Executive Council after a meeting on Tuesday.

“The ultimatum given to Okada operators in the two cities is part of the overall strategy adopted by the state government to deepen its crackdown on crime and restore sanity to Onitsha, the commercial nerve centre and Awka, the capital city’’, the government said.

The governor further directed residents of some make-shift structures on the banks of the River Niger stretching from Onitsha to Ogbaru to vacate the place before Aug. 1.

The governor said the deadline given to Okada operators and the shanty-dwellers is intended to offer them enough time to make the necessary adjustments ahead of government’s action.

He said that other resolutions by the council includes the establishment of a Committee on Environment with a mandate to clean up Anambra, clearing out garbage dumps and overflowing drainage systems.