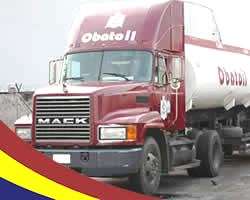 Following the tactical rebranding, which the company underwent in the last few months ago, the Nigerian National Petroleum Corporation, (NNPC,) has named this fledgling company, Obat Oil & Gas, among the fifty indigenous and foreign companies that have been awarded contracts to lift Nigeria’s crude oil for the 2018/2019 crude oil term.

The 50 companies are among a total of 254 that participated in the bids held last January for the sale and purchase of the Nigerian National Petroleum Corporation (NNPC) equity crude under the 2018/2019 crude oil term contract. At the bids-opening ceremony in January, the Group General Manager, Crude Oil Marketing Division, Mele Kyari, listed some of the conditions potential off-takers were expected to meet under the 2018/2019 crude term contract, which include, possessing a minimum annual turnover of $500 million for 2016 and net worth of $250 million for 2016, apart from having the 2015 & 2016 audited accounts.

In the realm of this development, the chairman of the company, HRH, Oba Frederick Obateru Akinruntan, the Oluigbo of Ugbo Kingdom, assured of making huge profits in the foreseeable future. Under the capable management of his son, Prince Akinfemiwa Akinruntan, who has been at the helms of affairs of the company since 2013, Obat Oil and Petroleum Limited, has been making giant strides, which have led to increased service delivery and customer satisfaction.

This milestone is another achievement following the long-term agreement, the company signed with Vital Allied Energy Supply & Services Ltd, (VAE) to supply 100,000mt of refined product quarterly, with a delivery of 30,000mt monthly. Obat Oil, established in 1981 under the astute leadership of Oba Akinruntan has over the years transformed into a massive corporate beast boasting over 50 mega petrol stations across the country, several land and sea fuel haulage vessels and a mammoth tank farm that can store up to 65 million litres of oil.