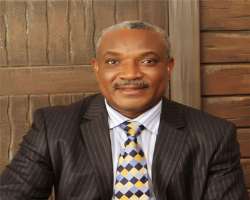 He who must come to equity they say must come with clean hands. The contrary of the popular adage is what has been demonstrated, so far, by the Chairman of Special Presidential Investigation Panel (SPIP) set up by President Muhammadu Buhari with the primary aim of recovering the stolen public properties, Mr. Obla Okoi, who has not only been avoiding meeting with other members of the panel but also running away from the summons of National Assembly's Ad-Hoc Committe Investigating Legality and Modus Operandi of the panel.

The Committee led by the Chairman, Hon. Aliyu Ahman-Pategi representing Edu, Moro, Pategi Federal Constituency in Kwara State, while addressing issues bothering on the objectives of the Special Presidential Investigation Panel and the reason for its creation at the House of Representatives earlier today, frowned at the perpetual disrespect of the panel chairman to the NASS Ad-Hoc Committee that has received numerous petitions about his questionable character which include; senior school certificate forgery, extortion and blackmailing of top government officials, operating above the law, especially the laws guiding the mode of operations of the panel as confirmed by four other members of the panel among others.

While addressing the panel members, representatives of the Office of the Secretary General of the Federation, Head of Services, Code of Conduct Bureau and Office of the Auditor General of the Federation, the Committee Chair pointed out lapses of the Special Presidential Investigation Panel (SPIP) as set up by the Presidency, particularly of the man chairing it whose WAEC result has been found to be forged according petitions from members of the public, where candidate's name and grade corresponding to the same examination number were edited, as backed up by official evidence of discrepancies from WAEC (pictures attached).

He said: “It's quite saddening that President Buhari appointed a man who did not only forge his WAEC Certificate to secure admission into Higher Institution but also get involved in shoddy deals, as the chairman of a sensitive anti-corruption panel like this"

Hon. Pategi also emphasized on the fact that the committee is interested in these findings as there are several agencies carrying out same duties and functions and these findings will help in clarifying and better repositioning the various agencies and go further to either amend, or repeal or add to their responsibilities through lawmaking. And this would form part of the recommendations of the committee.

However, following the continual refusal of the Chairman of the Special Presidential Investigation Panel to appear before the Committee, the committee has resolved to implement relevant sections of section 89 of the 1999 constitution and summon the Chair of the SPIP Chief Okoi Obla and other members of the panel to appear before the House of Representatives ad-hoc committee on Thursday the 26th of May 2018 unfailingly. Without which the committee shall exercise its responsibility of issuing a warrant of arrest.

The ad-hoc committee is expected to reconvene on Thursday, 26th May, 2018 for further deliberations.