Path To Economic Growth In Nigeria 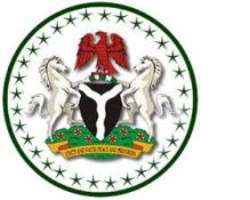 Nigeria is technically out of recession but what led to the economic downturn in the first instance cannot be treated with a pinch of salt. There is need for holistic diagnosis given the various anguish the situation had unleashed on multitude of citizens of Nigeria, whether the rich, workers or less privileged in the Society.

Everybody is groaning of unbearable economic hardship. Nigerian citizens experience high cost of goods and services as a result of the near hyper inflation of about 13.34% as at March, 2018. There has also been cash crunch in the Nigeria's economy which leads to inability of governments especially at state and local levels to pay workers' salaries, for between three to twenty- four months despite the release of bail- out funds by the federal government.

In the same vein, we witnessed mass disengagement of employees largely from the banking, manufacturing and telecommunication sectors of the economy during the recession because the business environments have not been conducive for business to thrive. while the money deposited banks charges high interest rates of about 30% with huge collateral that are beyond the capacity of the entrepreneur, small, medium and large companies to produce.

Furthermore, the deficiency in the provision of key infrastructures such as power, good roads, portable water and fluctuation in foreign exchange market can destabilize or render any promising business plan useless and unachievable not to talk of making profit.

It is worth mentioning that the over dependence on oil as major export product to earn foreign exchange has further compounded our situation because any reduction in the price of oil below the budgetary estimates at International market always affected the revenue projection of government in providing basic amenities to the people of the country, due to the fact that the budget is premised on revenue derived from a barrel of crude oil. No nation can survive on mono-product economy except urgent attention is paid to other critical sectors of the economy such as Agriculture, Manufacturing, Solid Minerals, and Small scale businesses.

Another factor why we are in this deplorable condition is corruption. The high level of corruption leveled against former ministers, governors, and former heads of Military who siphoned billions of naira and dollars from the treasury. It is well known that no country can progress economically if large quantum of money are stolen, which in actual fact such funds that were supposed to be injected into the economy finds their way into private hands, and we complain of low budget performance due to lack of funds.

The rush by some Nigerians especially the elite for imported goods and services that can be provided or services rendered locally is another clog in the wheel of progress of the country in attaining economic growth. The quest for imported goods such as clothes,shoes,furnitures,home appliances and other luxurious goods not mentioning common items such as tooth pick,rice ,tomatoes, juice and beverages that can be produced locally which would bring more foreign exchange into the country , boost exportation and reduce balance of payment disequilibrium.

Moreover, the rate at which educated Nigerians send their siblings for education abroad is alarming thereby neglecting our own educational sector to decay that culminated into churning out half baked graduates’ majority who are not employable. The implication of this action is that we are developing another country’s economy at the expense of our own with huge capital inflow in foreign currency into their economy while we suffer domestically from insufficient foreign exchange earnings and huge savings by customers that can be utilised by banks in financing the small scale business owners with profitable proposals.

Lastly, until the issue of epileptic power supply is resolved in Nigeria, we will just be building castle in the air. It no news that many manufacturing companies have relocated to countries such as Ghana, South-Africa, Togo and Benin where there are stable electricity supplies, while others who cannot cope with irregular power wind up completely because of high cost of production especially the cost of diesel to power their plants and equipments coupled with government inconsistent policies, insecurity and multiple taxation experienced by such companies.

These obvious challenges have resulted in high unemployment rates, low per capital income, low foreign direct investments, capital flight, high poverty level and crime rates in form of kidnapping, insurgency, fraud, and other nefarious activities confronting the Nigerian nation today and until a drastic measure is taken to resolve the aforementioned problems, it can be likened to scooping water from a flooded house instead of clearing the drainage or channeling the path to which the water would flow.