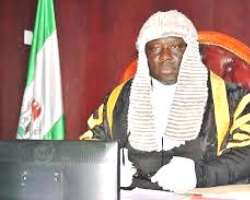 The Bill was sponsored by the member representing Ethiope East in the House, Chief Evance Ochuko Ivwurie.

Meanwhile, three executive bills, at Wednesday's plenary session presided over by the Speaker, Sheriff Oborevwori, passed first reading on the floor of the House.

The bills were seconded by Hon. Samuel Mariere, Hon. Erezi Esievo, and Hon. Emeka Elekeokwuri and were slated for second reading on Tuesday 15 and 16 May 2018 respectively