‘The educator must be educated’ 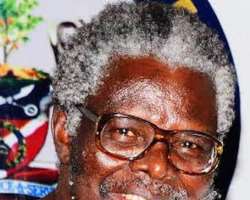 This piece is a memo to the Nigerian Left. In an ideal situation, on account of the importance I attach to the subject, the document would have appeared, first, as an internal memo to an appropriate organ of the movement. For the same reason of importance, it would not have stopped at the organ or leadership level. The memo would have passed to the movement as a whole and, thereafter, to the public.

However, because the situation is not ideal—and this is the subject of the memo—I am moving directly to the public. The message in the memo comes at the end of the article. It is a short and direct one. I am therefore utilizing the available space to reflect on a related issue of general interest. The “related issue” supplies the title of the piece. And, “for the avoidance of doubt” and “for completeness”, I define the Nigerian Left in this historical epoch as the aggregate of Marxists, socialists and partisans of popular democracy.

Found in one of the “mountains” of papers, drafts and study notes left behind by Karl Marx at his death in 1883 was a rough document carrying a series of his critical observations on the works of the materialist philosopher, Ludwig Feuerbach. The discovery was made by Marx’s life-long friend and collaborator, Friedrich Engels. The latter considered the note important enough to be edited, titled and published post-humously as an article and later used for a larger publication. This post-humous article, written by Marx in Brussels in the first half of 1845, and published in 1888 by Engels, has been passed to history and to us as Theses on Feuerbach. In Engels’ view, the “note” which later became Theses on Feuerbach was “the first document in which is deposited the brilliant germ of a new world outlook”, that is, the Marxist theory of history and society. That is for interested students and researchers to examine.

It may interest Nigerian Leftists, progressives, patriots and radical democrats to know that I have also discovered important “theses” in the papers left behind by a number of our departed comrades and compatriots. I have drawn the attention of some comrades to this development. What is interesting in the latter discoveries is that the “theses” have now shed more light on some critical issues that were bitterly debated in the Nigerian Left some decades ago. Some of these issues had led to seemingly irreconcilable divisions and fights; others had led to frustrations, disillusionment, abandonment and premature retirement from struggle.

Back now to Marx’s Theses on Feuerbach. There are eleven of them, or rather, in my view, Engels and latter editors handed over Marx’s theses on Feuerbach to us in eleven segments of unequal lengths. Historically and in broad terms, Marx can be classified, along with Ludwig Feuerbach, as a “materialist” philosopher in contrast to “idealist” philosophers of whom the most famous and best known in Europe of Marx’s time was Hegel. Marx, a student of philosophy and history, started off as a radical or Left Hegelian.

From here he became a critic of Hegel and came under the influence of Feuerbach, a radical anti-Hegelian. It was in the course of confronting the “inadequacies” of Feuerbach that Marx formulated his “theses”. In these theses he called Feuerbach’s materialism the “old materialism” or “mechanical materialism” and his own “the new materialism”. The latter was later codified—after Marx’s death—as Marxist theory of history and society.

I consider three of Marx’s eleven theses on Feuerbach—the second, the third and the eleventh—as the most lucid and direct applications of dialectics to the study of history and society. The second thesis can be rendered as follows: “The question whether objective truth can be attributed to human thinking is not a question of theory. It is a practical question. In practice, a human being must prove the truth, that is, the reality and power of his thinking. The dispute over the reality or non-reality of thinking which is isolated from practice is a purely scholastic question”.

The third thesis may be rendered like this: “The doctrine that human beings are products of circumstances and education and that, therefore, changed human beings are products of other circumstances and changed education forgets that the educator himself needs educating. That doctrine as presented by old materialism or contemplative materialism necessarily arrives at dividing society into two parts—one of which is superior to the other. That is not so. In reality the changing of circumstances and human activity coincide; and the coincidence can be conceived and rationally understood only as revolutionary practice.”

The eleventh thesis is the most well-known and is often quoted by revolutionaries and reactionaries alike: “The philosophers have only interpreted the world in various ways; the point, however, is to change it”. To these three theses we may add the following line from Marx’s The Holy Family written just before the Theses: “If a human being is formed by his/her circumstances, then his/her circumstances must be made human.”

We may now move to my message to the Nigerian Left—the main subject of this piece. The message resolves into seven propositions. The first is the “covering” proposition. It is general in nature. The other six are specific. One: There should be initiated in the Nigerian Left a process of internal criticism, education and correction. It should be a process that ends in an organizational leap. The process and the leap are now demanded more than ever before in our post-Civil War history. Two: The national situation in our country now strongly demands that the existing political groups, organisations and parties of the Nigerian Left—as well as unaffiliated Leftists— should combine to form a central political platform. Three: This platform should have a dual form: electoral and non-electoral.

The fourth proposition is this: Independently, Marxists within the Nigerian Left should establish an educational-ideological centre with the capacity for minimum continuity. Five: The centre should be appropriately allied to the political platform; and the two should support and nourish each other. Six: The Nigerian Left should articulate and publish a manifesto that goes beyond being a general presentation. The manifesto should take clear and precise positions on the burning questions of the time. Seven: If the Nigerian Left cannot meet these elementary conditions to confront the challenges of the present stage of our history then it has no basis to enter electoral politics or seek electoral alliance with anybody.

In May 1949, at the start of the anti-communist hysteria which swept America after World War II, a number of American Marxists who were also academics and public intellectuals came together and established an enlightenment-ideological centre. The centre went on to establish a monthly “independent socialist magazine” called Monthly Review.

Paul Sweezy and Leo Huberman were the magazine’s co-founders and foundation editors. Today, 69 years later, Monthly Review is not only still appearing monthly and circulating all over the world, it had long become a global institution—carrying out intellectual, academic and ideological programmes and projects in all the continents of the world including America, in particular. Among the articles that appeared in the foundation issue of Monthly Review in May 1949 was one by the world-historic physicist, Albert Einstein. The article was titled Why socialism?

In addition to the Monthly Review magazine, there are now Monthly Review Press and Monthly Review Foundation. The Press publishes highly valued books authored by writers spread across the globe and also distributing important non-Monthly Review books. In other words, Monthly Review Organisation has maintained what I call minimum continuity through almost seven decades—influencing Left and radical politics throughout the world, including America, in particular.