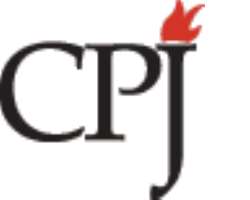 Office of the Prime Minister

Via email to Zadig Abraha, Spokesman in the Office of the Prime Minister

We at the Committee to Protect Journalists, a non-profit organization that champions press freedom internationally, are deeply concerned about the repressive media conditions in your country. We are writing to call for reforms that will encourage a diverse and free press in Ethiopia and uphold the public's access to information.

We welcome the pledges you made in your April 2 inaugural speech as prime minister to build democracy, fight corruption, and strengthen the rule of law in Ethiopia. You vowed that your government would learn from the mistakes of the past and we were heartened by your promise to respect the right to free expression, which is guaranteed in Article 29 of Ethiopia's constitution . We believe a free and independent press is essential to achieve the goals you outlined.

After the release of thousands of prisoners earlier this year, no journalists were behind bars in Ethiopia, according to CPJ research . However, these gains were quickly reversed after the declaration of a new state of emergency on February 16 .

Under the state of emergency, security personnel have powers to shut down " any media to safeguard the constitution" as well as to arrest journalists and private citizens without warrant, according to the Ethiopian News Agency. Journalists, and private citizens, can find themselves behind bars simply for sharing information perceived as critical of the state of emergency , according to Human Rights Watch .

At least six other journalists were also detained in connection to the state of emergency. On March 25, journalists Eskinder Nega , Zelalem Workagegnehu , and Temesghen Desalegn and Zone 9 bloggers Befekadu Hailu and Mahlet Fantahun were arrested at a private gathering in Addis Ababa, according to CPJ research . They were detained in an overcrowded cell with limited toilet access for 11 days before they were released on bail.

Another journalist, Nigatu Asres , was detained on March 24 in the northern city of Bahir Dar and released on bail on April 4. We urge your office to lift all conditions on their freedom, ensure that they do not face future reprisal for their work, and lift the state of emergency.

We also ask that you consider overhauling legislation that has often been used against the media. According to CPJ research , Ethiopia's 2009 anti-terror proclamation has often been used to silence the press in the name of guarding the country's security, fostering what the UN describes as a " climate of intimidation ." The Criminal Code of 2005 has also been used by authorities to prosecute journalists for alleged incitement and criminal defamation in retaliation for their reporting, CPJ has documented . While parts of the Freedom of the Mass Media and Access to Information Proclamation were perceived to be press-friendly, the letter of this law grants wide ranging powers for the government to file defamation suits and forces media outlets to go through arduous licensing and registration processes. We urge you to bring them in line with international human rights law.

Legal action and persistent harassment of journalists have also resulted in the nearly complete absence of independent press in Ethiopia. The government forced out of circulation at least 12 newspapers and magazines since 2012 and government censors have blocked some diaspora-based media outlets, according to reports and CPJ research . Since 2015 , the government has frequently shut down the internet in Ethiopia. Beginning in December 2017, disruptions to mobile data services, relied upon by a majority of Internet users, were reported in regions outside Addis Ababa. Though we welcome reports that the government restored many mobile data services during the first few days of your leadership, we are still concerned by news that some websites remain inaccessible in Ethiopia. Internet disruptions hamper the right to access information for citizens and undermine the work of journalists, making it more difficult and dangerous to communicate with sources, according to CPJ research.

This danger is exacerbated by a prevailing environment of mass surveillance. The government's monitoring of electronic communication and the use of this surveillance data to target journalists and critical voices, documented by CPJ and multiple other media outlets and rights groups , creates a culture of fear and facilitates self-censorship. Research by the Toronto-based Citizen Lab suggests that this surveillance has extended beyond Ethiopia's borders, targeting diaspora-based journalists at the Oromia Media Network (OMN) and the Ethiopian Satellite Television (ESAT). We urge your government to ensure universal access to the Internet as a requisite for press freedom, the public's right to know and a more inclusive democracy.