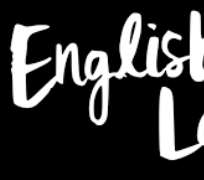 On the ground of its wide geographical dispersion as the world's most prestigious and documented language, the English Language had been domesticated, nativised, indigenised and adapted in many countries of the world where it serves as a foreign or second language. This domestication notwithstanding, many of the second language Englishes are yet to develop their own norms in the crucial working areas of the language ranging from grammar, to vocabulary, spelling and idiomatic expressions.

However, the two leading varieties of English which are the British and American varieties have well mapped out their linguistic boundaries in all of these crucial areas. These two varieties have therefore been the repertoire for the growing varieties. Until other varieties, especially the second language varieties, will duly develop their dialects of the English language, there is a need to adhere strictly to the linguistic patterns of any of the chosen variety (between British and American) especially in writing. It is essential to state that it is not compulsory to use the British English in Nigeria even in school settings and examination situations. What is important however is a total adherence to the peculiarities of any of the varieties so preferred. It is therefore pertinent for second language users of English in Nigeria and other parts of the world to know the basic ways the two leading varieties differ in grammar, vocabulary, spelling and idiomatic expressions. This is briefly discussed below.

Grammar means the rules that guide how
words are assembled into sentences. The two leading varieties of English differ in some ways in how they combine words to form sentences. Few of the differences are presented below.

1. Got is the past and past participle of get in British English while Americans use gotten.

2. British English favours the use of present perfect tense for a recent action while American English uses the simple past.
I've just eaten (British).
I just ate (American).

3. British speakers of English, especially those using the Received Pronunciation (RP), have a strong tendency towards the irregular forms of verbs while Americans preferably use the regular forms.
Irregular: learn-learnt, spoil-spoilt, light-lit
Regular: learn-learned, spoil-spoiled, light-lighted.
The candle has been lit since morning (British).
The candle has been lighted since morning (American).

Many think vocabulary explains any word they do not understand. Well, vocabulary simply means the words in a particular language or all the words a person knows in a language and can use. So I can say a person's vocabulary in Yoruba is wider than mine and I can also say English is richer in vocabulary than all other world languages.

Dialects of the same language differ in vocabulary. For instance, the Yoruba speakers in Lagos will say "amala" while those in Ibadan/Oyo may prefer to say "oka". In the same way, the choice of words differs in English depending on whether one is using the British or American variety of the language. Below are some of the differences in vocabulary:

Though the use of a British word will be acceptable in American English (and vice versa), most listeners will understand the word as coming from the other form of English. Second language users, such as Nigerians, can use any of the varieties. However, consistency is important.

There is a need to also be consistent in our spellings.

Idioms (idiomatic expressions) are fixed expressions that have figurative or literal meanings. Most times, we cannot arrive at their meanings by considering the individual words in the expressions. However, despite the fixity of idioms, British and American Englishes still, sometimes, slightly differ in their forms of idioms. The following are some examples.

Storm in a teacup (British).
Tempest in a teapot (American).

Haven't a clue (British)
Have no clue (American)

In some cases, the American variant is also used in BrE, or vice versa.

The choice is ours to make; consistency is all that matters.