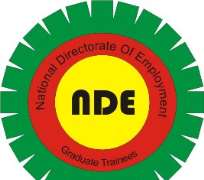 The FOI Hall of Shame is an initiative of MRA, launched in July 2017, to shine the spotlight on public institutions or officials that are undermining the effectiveness of the FOI Act. MRA said the NDE was “conferred with the Award” for gross and repeated breaches of all its duties and obligations under the Law as well as the general lack of transparency in an agency whose function is of critical importance to the nation’s economy.

MRA’s FOI Programme Manager, Mr Ridwan Sulaimon, announced the induction of the agency in a statement in Lagos, saying: “the NDE was assessed on five broad categories based on the obligations of public institutions under the FOI Act, including the submission of annual implementation reports, proactive publication of relevant information, training of the institution’s staff on the public’s right of access to information, designation and publication of contact details of the institution’s FOI Desk Officer as well as responsiveness to requests for information from members of the public pursuant to the FOI Act.”

According to Mr. Sulaimon, the NDE failed woefully in all the indicators as it appeared to have completely abdicated all its responsibilities under the Act.

Mr. Sulaimon noted that between 2011, when the FOI Act was enacted, and February 1, this year, the NDE ought to have submitted seven annual reports to the Attorney-General of the Federation on its implementation of the Act, adding that MRA was astonished that the agency has not submitted a single report over the period, thereby repeatedly breaching the provisions of Section 29 of the Act with impunity.

Besides, he said, the NDE has not fulfilled its proactive disclosure obligations under Section 2 of the Act as it has not published either on any of its two websites or under its section in the website of its parent ministry, the Ministry of Labour, or anywhere else, the 16 categories of information that it is required by the FOI Act to publish and disseminate widely to members of the public through various means, including print, electronic and online sources.

Mr. Sulaimon explained that Section 13 of the FOI Act requires every government or public institution to ensure the provision of appropriate training for its officials on the public’s right of access to information and records held by the government or public institution for the effective implementation of the Act, saying that the NDE has refused to comply with this provision despite the fact that the Law has now been in existence for about seven years.

He said the Database of FOI Desk Officers available at the Federal Ministry of Justice, the oversight institution for the implementation of the FOI Act, indicates that the NDE has also not designated any official to whom requests for information should be made and has not published the name of any such official as required by Section 2(3)(f) of the Act. This is despite repeated requests and reminders issued by the Office of the Attorney-General of the Federation to all public institutions to immediately designate such officials and send their details to the Office for inclusion in the Database.

Mr. Sulaimon noted that there is no indication that the NDE has ever granted any request for information, attributing the problem ascertaining this to the Agency’s failure to submit its annual report to the Attorney-General of the Federation, which would have provided the requisite information about a series of facts and figures relevant to the implementation of the Act by the NDE.

He said: “Valuable statistical data and information are lost or rendered unavailable as a result of the failure of the NDE to submit its annual implementation reports to the Attorney-General of the Federation as we are unable to determine the number of applications for information that it received and number of such applications that it processed. We also do not know how many requests for information the NDE has granted or denied over the years. All of these information are critically important for planning and have implications for efficiency in government.”

According to him, “we are, however, aware of a case where the Public and Private Development Centre, a non-governmental organization based in Abuja, made a request to the NDE on February 4, 2015 and it took nine days for the agency to respond to the request, and even so, it failed to disclose the requested information.”

Mr Sulaimon said the critical importance of the NDE to the Nigerian economy, especially in the light of the ravaging levels of unemployment in the country, makes its lack of transparency and general failure to comply with its duties and obligations under the FOI Act, unacceptable and a matter of grave concern.

He observed that “The institution which was established by an Act of the National Assembly, among other things, to design and implement programmes to combat mass unemployment and which has a duty to maintain a Data Bank on employment and vacancies in the country with a view to acting as a clearing house to link job seekers with vacancies in collaboration with other government agencies should not need any persuasion to comply with a law such as the FOI Act that will make its work easy.”

MRA therefore called on the Minister of Labour and Employment, Senator Chris Ngige, to urgently call the NDE to order and ensure that the agency complies with its duties and obligations under the FOI Act.

The organization also urged members of the public to use the FOI Act to demand information from public institutions in different sectors with a view to ensuring that the law is effectively implemented and that they are able to participate in the governance of their country.