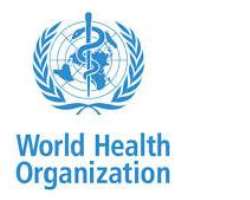 The Director General disclosed this yesterday Friday when he paid a courtesy call on the Deputy Governor, Alhaji Usman Durkwa in his office at the Government House Maiduguri.

He disclosed that WHO would support the state government to strengthen the campaign againts polio, routine immunisations and healthcare delivery.

"We wanted to come to see how you are doing with your health issues, be it primary healthcare or at higher level and considering that this region is prone to several outbreaks; and also to assess the emergency and response preparedness.

“At the same time the overall situation and some of the needs that you may require support because we want to have the discussion based on what you think is a priority for the state.

“I will be happy to make our interventions and support that you require from WHO, I want to underline it that we are here to support you.

“It could be related to the Internally Displaced Persons, other communities or populations of Borno State.

“It could be emergency services, anything you think is your priority we will be happy to support and help you in anyway", Ghebrayesus said.

He also called on the state government to speed up work on health facilities ravaged by the boko haram insurgents in the rural communities liberated by the Nigerian military, pointing out that, the measure was imperative to fast track rehabilitation and resettlement of displaced persons.

The Director General also commended the military for their efforts in restoring peace in the north East while urging the military to deploy more security personnel to enhance routine immunisation coverage.

He also solicited for more support from the organisation to eradicate polio, cholera and other diseases ravaging the state.