By Commonwealth Enterprise and Investment Council 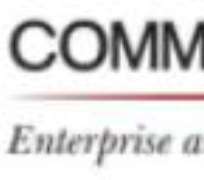 • The Commonwealth Business Forum will be organised alongside the biennial Commonwealth Heads of Government Meeting (CHOGM) and is set to take place in April 2018 in London.
• Attended by 800 business leaders and 20-30 Heads of Government, the CBF providesa unique platform for dialogue, bringing together a range of industries and economies.
• The Commonwealth is the perfect network for business, with a combined population of 2.4 billion people, 60% of whom are under the age of 30.
• The combined GDP of the Commonwealth is expected to reach USD14 trillion by 2020.

5thApril 2018, London: Lord Marland of Odstock, CWEIC Chairman, has issued a personal invitation to Nigerian business leaders to attend the Commonwealth Business Forum (CBF). The Forum will be held in the UK for the first time since 1997.

The CBF is organised biennially by the CWEIC and is held alongside the Commonwealth Heads of Government Meeting (CHOGM). Set to take place in April 2018 in London for the first time since 1997, CBF is an invitation only event and will convene 800 senior business leaders with approximately 30 Heads of Government at three iconic Central London venues.

Nigeria, with its world renowned entrepreneurial spirit, is a key regional player in West Africa – accounting for 47% of its population and having one of the largest youth populations in the world. The country has demonstrated impressive average economic growth of 5.7% between 2006-2016 and is now taking action to diversify its economy. Areas such as Lagos's “Yabacon Valley” have become renowned technology hubs and cloisters for financial services and start-ups.

CWEIC has identified Nigeria as a key Commonwealth market for the future. Our Nigerian Strategic Partners include LADOL, Pan African Capital, StarzsInvestments ,Famfa Oil and the Lagos State Government and in 2017 CWEIC set up a Nigeria hub to strengthen the networks links with the region and its business community.

Commenting on Nigeria's role within the Commonwealth CWEIC CEO, Richard Burge said: “Nigeria is one of the most exciting emerging markets on the Commonwealth map which a huge and rapidly growing youth population that has an extraordinarily entrepreneurial and export-oriented mentality. Nigerian companies are becoming leaders in a range of sectors from ecommerce, to financial services and technology. I look forward to welcoming the Nigerian business delegation, due to include Zenith Bank, Sahara Group and Chicason Group, to the Business Forum in April.”
Participants in CBF will explore how businesses can maximise the opportunities presented by the Commonwealth Factor, which estimates that trade costs are on average 19% lower between Commonwealth countries due to the shared values, regulatory systems and language. Discussions will focus on key themes such as:

The objectives of the CWEIC are to:
• Assist member organisations in developing high quality trade and investment opportunities
• Promote trade and investment across the Commonwealth.
• Help establish the “conditions for growth” in Commonwealth countries and work to improve economic governance, transparency and accountability.
• Create prosperity by supporting the development of enterprise in member countries through capacity building, mentoring and enhanced access to markets.
• Represent the views of the private sector to the Commonwealth, its member Governments and wider international community.
• Organise the Business Forum alongside the biennial Heads of Government Meeting.

Sterling Media, the international business and communications consultancy, is the Official Global PR and Communications Partner of the Launch of the 2018 Commonwealth Business Forum, acting on behalf of the Commonwealth Enterprise and Investment Council.